2017 marked the first Toy Drive conducted by Collins Group Realty at the parade. The real estate company’s agents, staff and families walked along the parade route collecting new, unwrapped toys brought for donation among the crowd lining the streets.

“For a first-time event, the turnout was amazing. About 80 toys were collected including children’s bicycles, dolls and 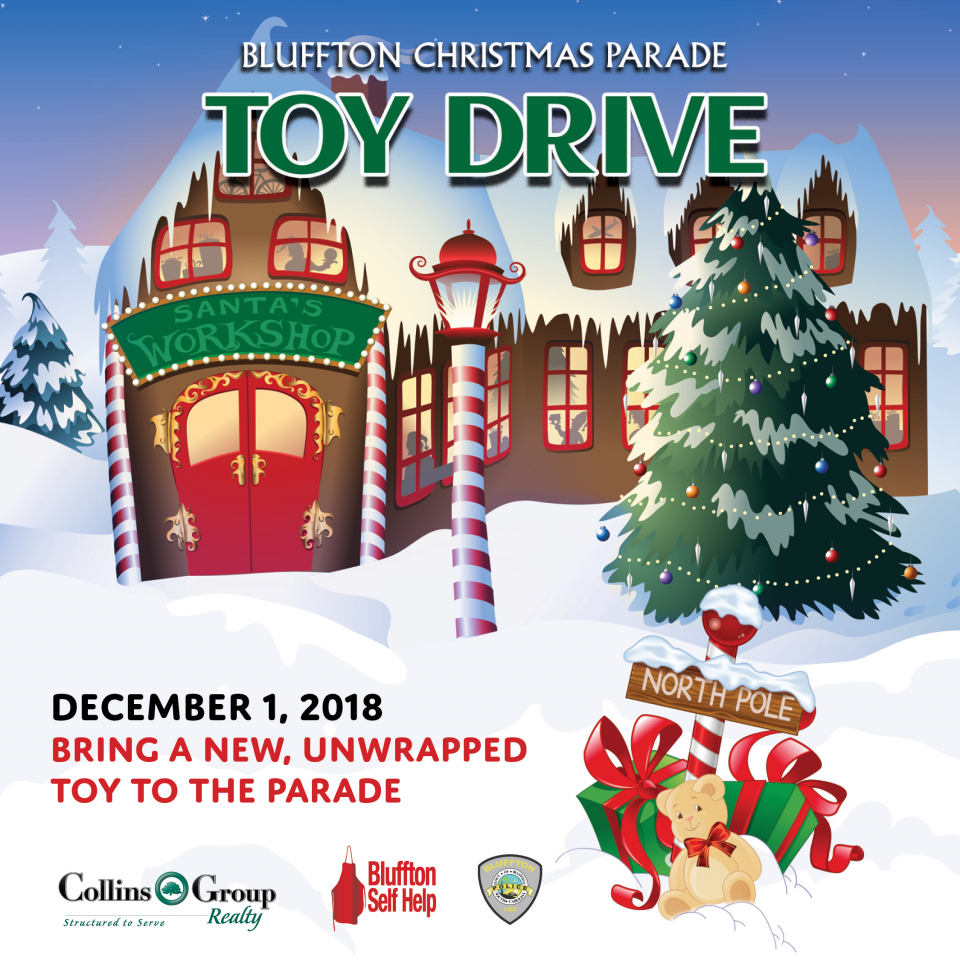 board games…and we had so much fun doing it!” said Taylor Brunn, CGR’s Bluffton Office Manager and co-organizer of the event.

All toy donations will be taken to Bluffton Self Help to stock their “Toy Store” for Lowcountry families in need this holiday season.

“We look forward to this event all year! Not only do we get to participate in the parade, but we get to interact with the crowd while we collect toys. It brings us so much joy to help more children in our community experience the magic of the holidays,” said Ashley Smith, Director of Marketing at Collins Group Realty.

There are two ways to donate - Donation boxes will be located along the parade route and toys will also be collected by members of Collins Group Realty while their float makes its way down the parade route.

Collection boxes for donation can be found in three locations along the parade route: Corner of Bridge Street and Pritchard Street; near the Corner Perk at 46 and Calhoun Street; and in Bluffton Park at 8th Avenue and Pin Oak St.

If someone is unable to attend the parade but would like to donate prior to December 1st, toys are being accepted at the Collins Group Realty office locations in Bluffton and Hilton Head as well as at the Bluffton Police Department located at 101 Progressive Street. Donations can also be made directly to Bluffton Self Help. If you wish to obtain a donation receipt, please email holiday@blufftonselfhelp.org.

Collins Group Realty is a leading real estate firm with offices in Hilton Head Island and Bluffton in South Carolina’s Lowcountry. Founded in 2002 by Chip Collins, the Group specializes in residential real estate sales in the Hilton Head, Bluffton and Beaufort areas, closing 2017 with $117 Million in sales.