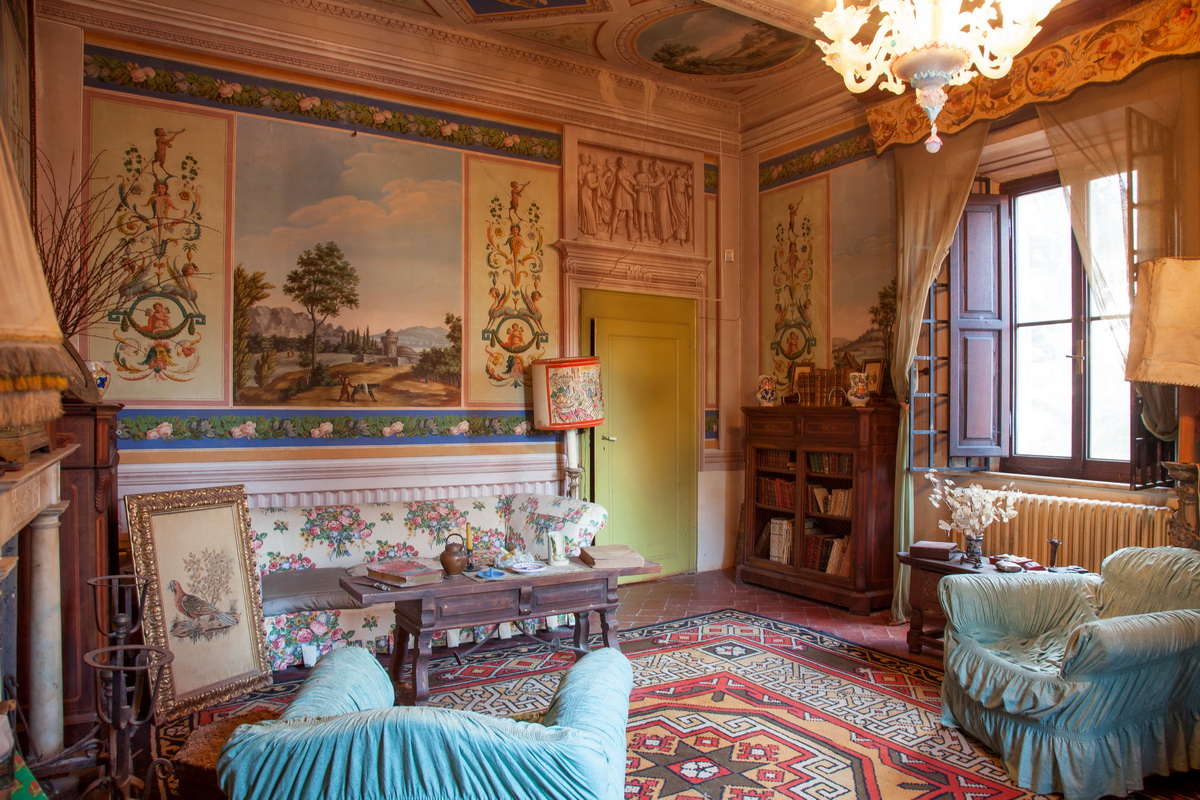 The Noble Mansion dates back to the late eighteenth - early nineteenth century and is situated on the edge of the historical town of Chiusi. As well as the noble residence, the property also includes 3 hectares of adjoining land, with a garden, a wood, an olive grove and an orchard, and in which there are two towers (a “male” and a “female”) and several annexes, ruins of the town's original medieval fortress.
We are located in Tuscany, just 3 km from the Umbrian border, in a central position with respect to other important historical towns in the two regions: Chianciano Terme (12 km), Castiglione del Lago (22 km) and Montepulciano (23 km) can all be reached in less than 20 minutes, while Perugia (45 km) and Arezzo (66 km) are less than an hour away by car.
Thanks to the A1 motorway connection, just 4 km away, you can reach Siena (82 km) and Florence (123 km) in approximately 1 hour.
The nearest airports are Perugia (64 km) and Florence (134 km); the international airports of Rome Ciampino 173 (km) and Rome Fiumicino (191 km) are less than two hours away by car.

Description of buildings
The Noble Mansion has maintained the original charm of the ancient dwelling, a place where time seems to have stood still several centuries ago.
The building has a living area of 1156 gross sqm, as well as an additional 267 gross sqm of attic space, plus a garage of 45 gross sqm and basement cellars of approximately 50 gross sqm.
On the ground floor, there is an entrance hall, a kitchen and numerous utility rooms: bathroom, laundry room, pantries, cellars, storerooms, two equipment rooms for the boiler and the autoclave, ancient stables and saddlery and a garage.
From this floor, there is access to the private garden.
On the main floor, there is a large living room, two lounges, one of which has frescoes, a dining room, a study, a bedroom with frescoes, another bedroom with a study and two bathrooms.
On the second floor, there is another large living room, 7 bedrooms, two of which overlook a terrace, a study and two bathrooms.
The third and last floor is used entirely as attic space and has ceiling heights that make it unsuitable for residential use.
On the adjacent land, there are two medieval towers of 69 gross sqm and 88 gross sqm, one of which is surrounded by several annexes with a gross floor area of 372 sqm, which could probably be salvaged and used for residential purposes.
Furthermore, 100 m from the mansion, another building of about 130 sqm could be constructed inside a structure that dates back to the Roman era and was used as a conservatory in ancient times.

Condition
Thanks to its great historical and the artistic value, the property is subject to restrictions issued by the Ministry of Cultural Heritage. However, although it has never been renovated, it has undergone continuous maintenance work.
Historical evidence tells us that nobles and kings have stayed inside the mansion, which dates back to medieval times.
Probably completely rebuilt in more recent times, its characteristics today are those of a nineteenth-century stately home.
Inside, there is an elegant stairwell with a banister in wrought iron and painted decorations on the ceiling.
The painted decorations on the main floor are typical of the first few years of the 19th century, with different motifs in every room. The doorframes are made of stone and the floors are made of terracotta or coloured concrete tiles, which are typical of the period.
The two towers and the annexes, of medieval origin, have also undergone maintenance work. It would be possible to convert the annexes for residential use.
The former conservatory needs to be completely rebuilt.

Outdoor space
The mansion, which is located on the edge of the town, has a private garden, an olive grove, an orchard and a wood, with an overall size of over 3 hectares.

Usage and potential
Thanks to its location, which is convenient and in a central position with respect to important historical towns in central Italy and to its history and its architectural features, the property is ideal both as a private representative residence and also as a high-level accommodation business. 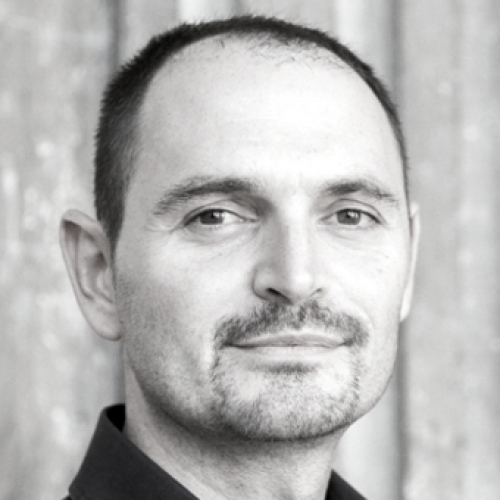 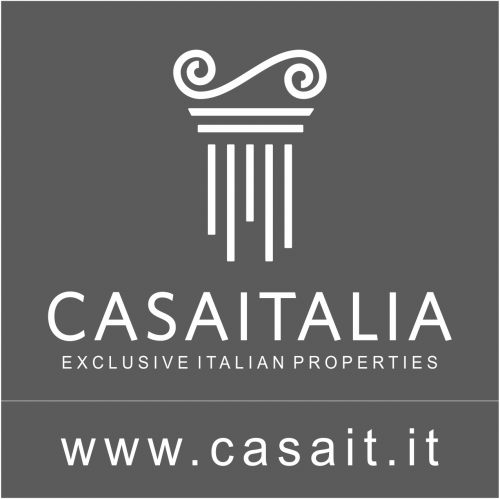 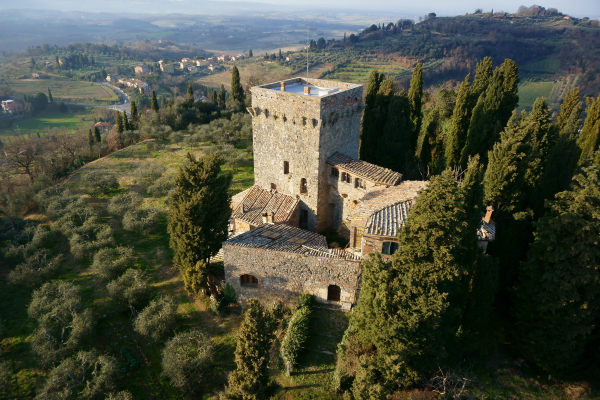 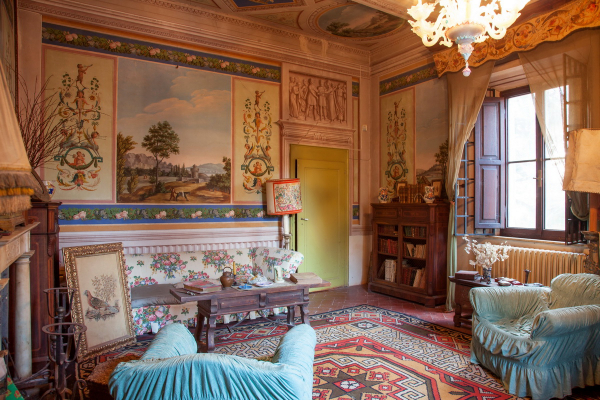 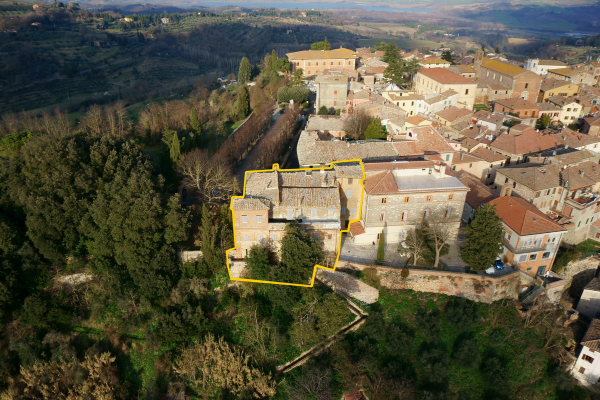 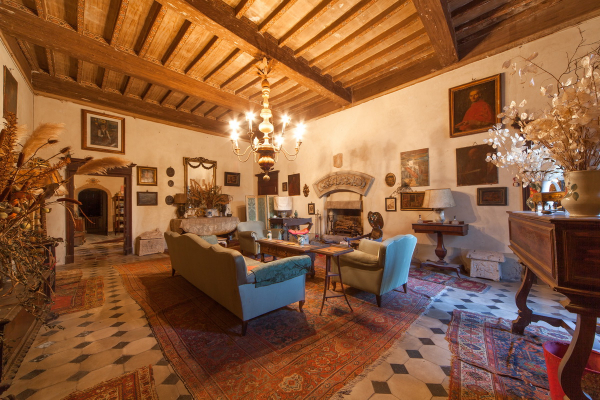 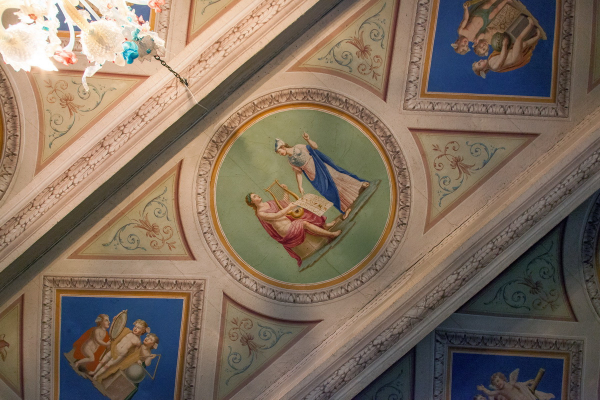 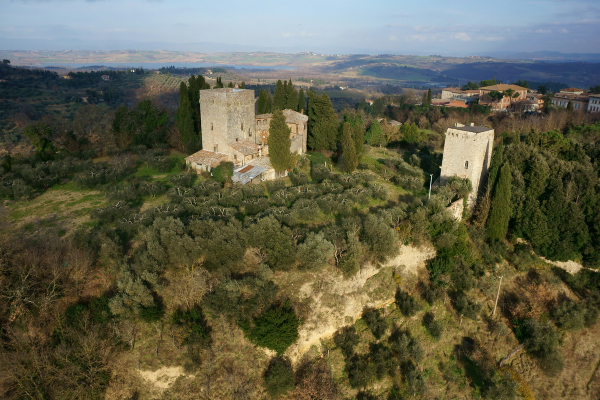 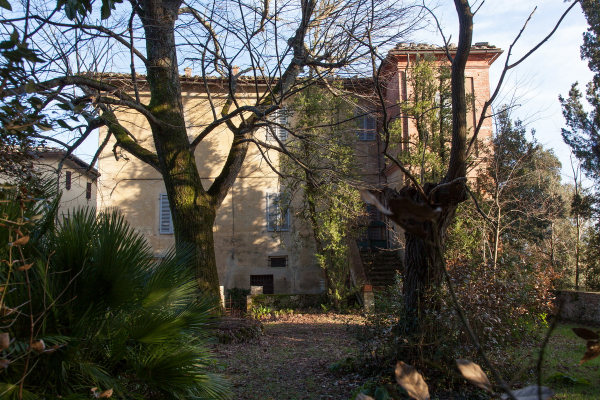 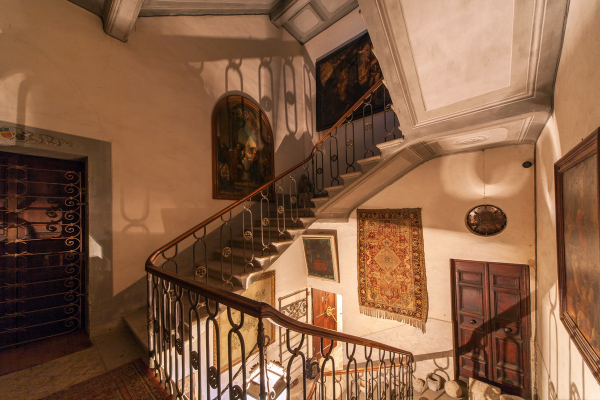 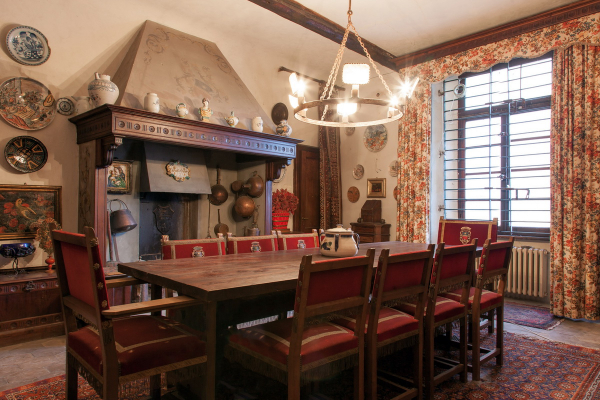 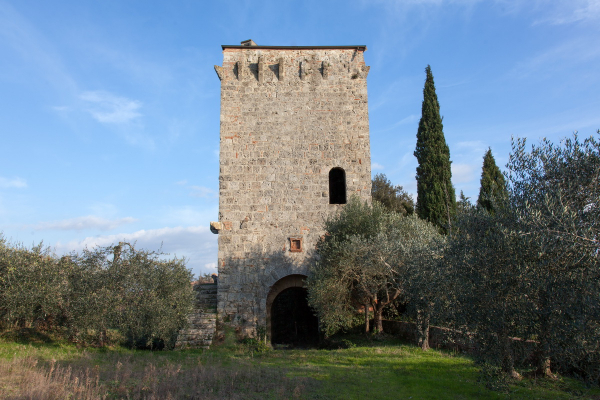 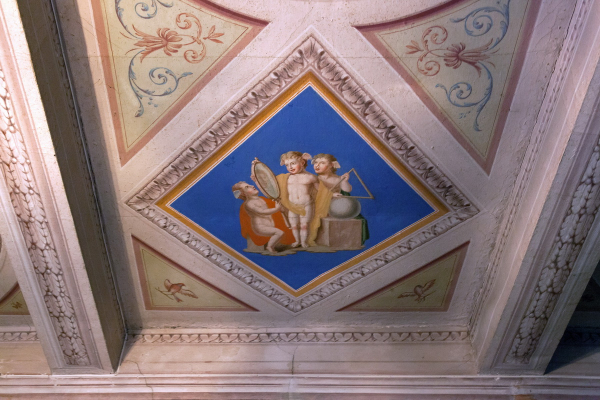 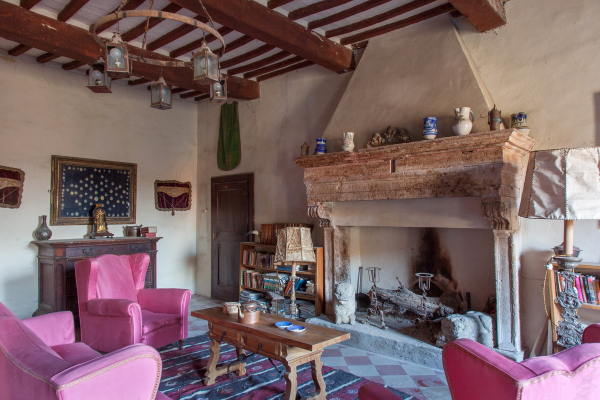 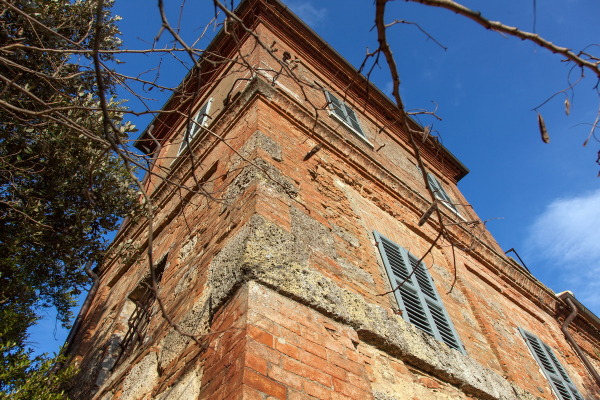 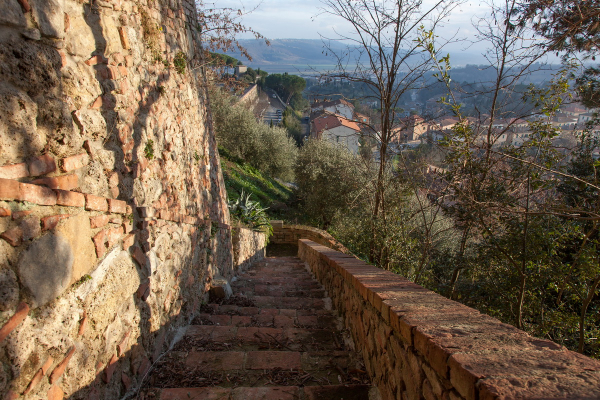 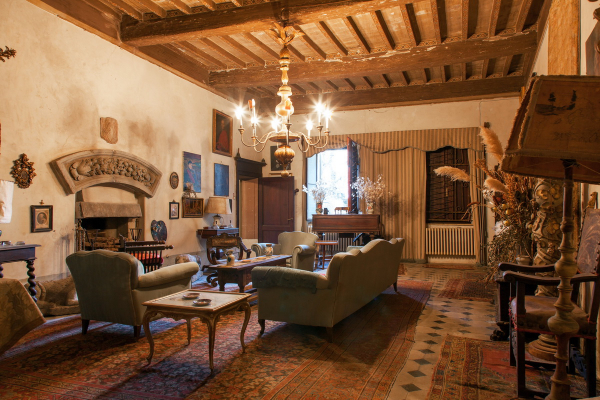 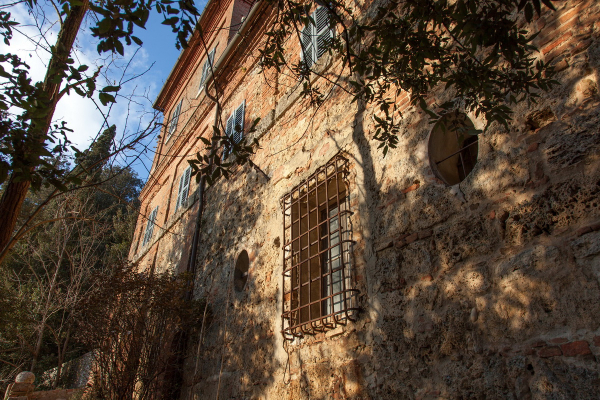 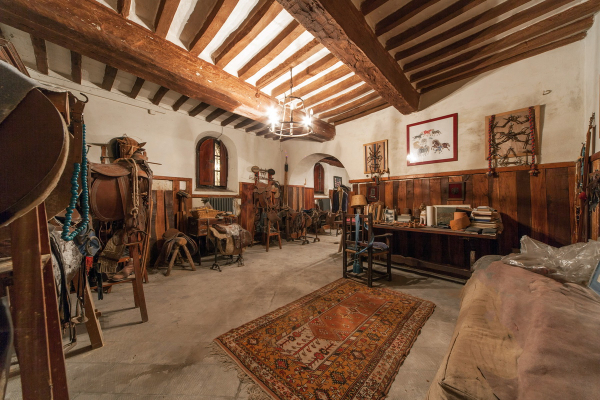 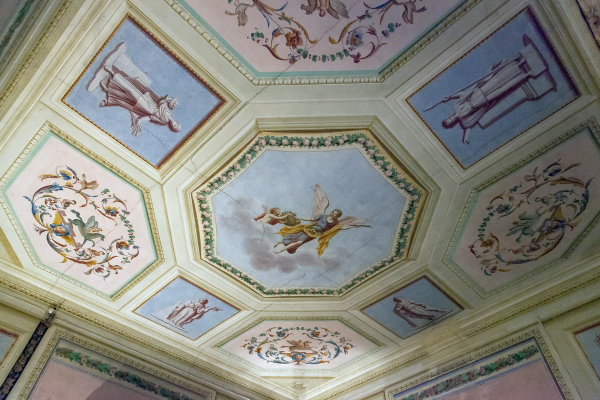 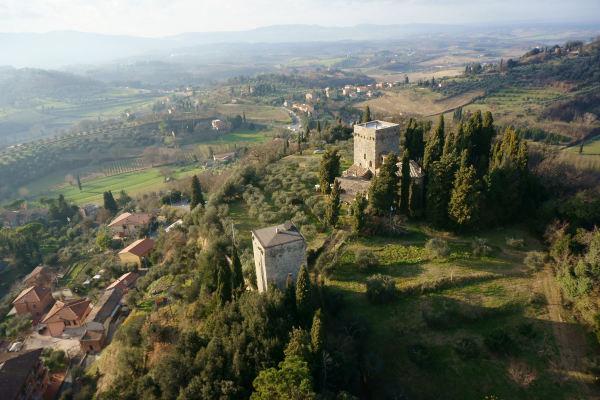 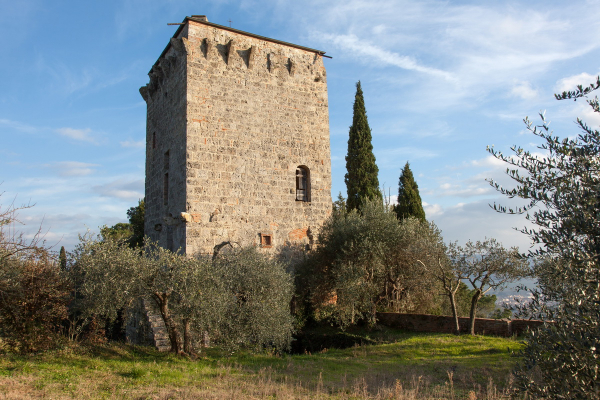 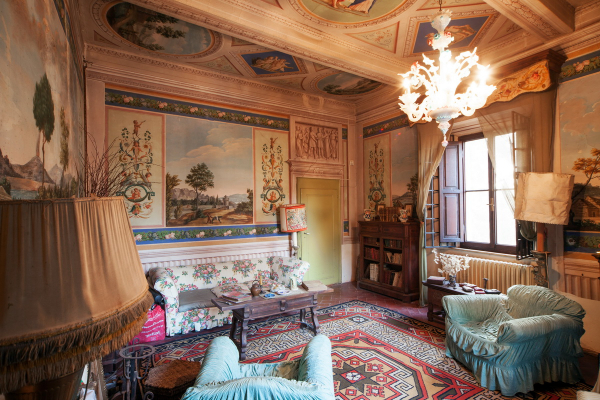 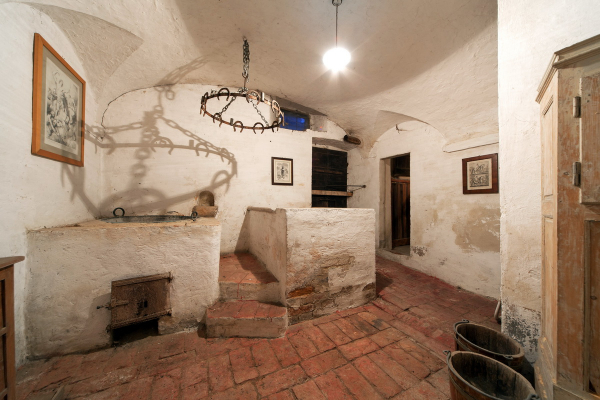 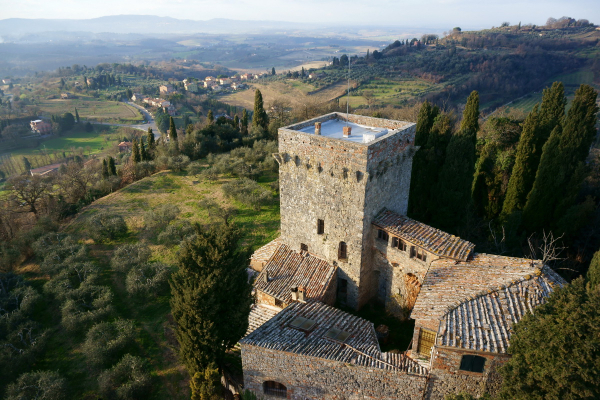 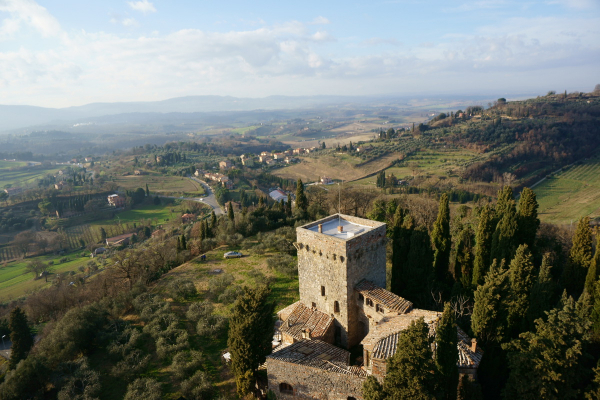 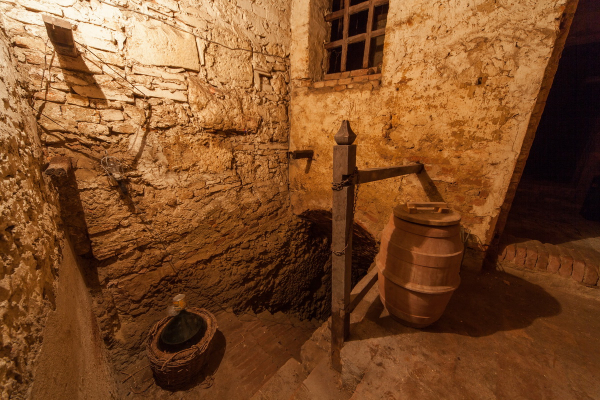 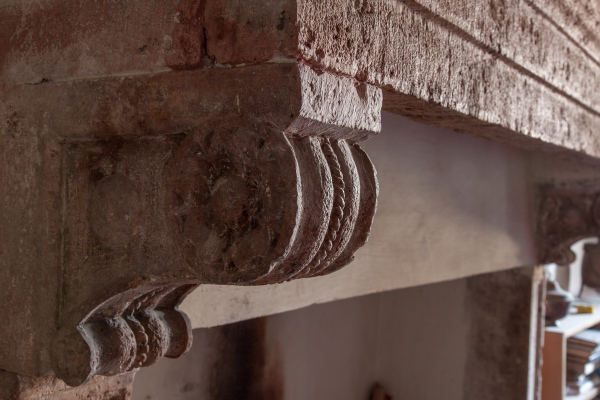 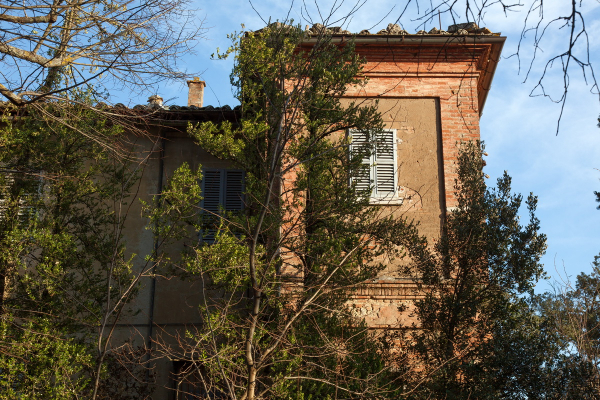