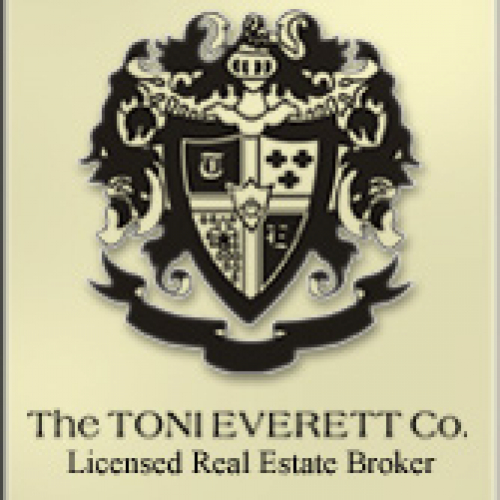 Established in 1974, The Toni Everett Co. specializes in new construction and resales of estates, mansions, high priced single-family homes and luxury condominiums from the $500's to the multi-millions and is expert in managing condominium developments from inception to sellout. Above all else, The Toni Everett Co. provides a superior level of service to each customer, small or grand, that is unmatched by any other broker. The company has extensive experience in catering to the needs of international and local VIP clients, always with the utmost discretion and confidentiality.

Toni Everett, the company founder, is a major player in redeveloping the south end of Tampa and her achievements have earned her the reputation of being Tampa's highest-end real estate agent. The Toni Everett Co. is a family owned business with her son, Anthony Everett, and her daughter, Henderson Everett Lee, who works as a site sales manager. Toni's sister, Patty Clark is the general real estate sales manager. The company also relies on a comprehensive team of trained sales associates, all experienced in the sale and disposition of exceptionally priced luxury homes, as well as condominium management and sales.

Since its inception, the company started offering many developer aid programs pioneered by Toni Everett with her proficiency in pre-sales of high rises and million dollar home sales. Toni and two other partners developed a new condominium concept in 1985-88, her own million dollar “Mansions In The Sky” – which were later copied all over Florida and the United States (the 2-per-floor and 1-per-floor concept). As a result, she single-handedly began the million dollar house market in Tampa, breaking the first million dollar condo sale on Bayshore and first million dollar house sale in the most prestigious neighborhoods of Tampa. Today, she has expanded those areas into the multi-million dollar level and has sold the highest dollar per square foot to date, always looking to break her own sales record.

The Toni Everett Co. has earned an honor of distinction with membership into the prestigious "Who's Who in Luxury Real Estate", and has remained a member since the organization began in 1986.

Have you worked with Toni Everett before and want to write a testimonial on their behalf?