Gail vacationed on Block Island as a child, due to her father's family ties, moved to the Island as a young adult, and then became a year round resident in 1984.

Gail obtained her Real Estate License in January of 1985, hired by Blake and Michele Phelan.  She became the Rentals Manager in 1987 and continued to work for the Phelans for a total of 12 years.

Gail launched Ballard Hall Real Estate in October of 1997.  She then purchased Phelan Real Estate in December of 2000.  The business has grown due to the longevity of her relationship with the Phelans and her staff who have joined along the way.

Gail has enjoyed becoming a part of the community.  She was on the Board of Canvassers for 11 years and continues to serve as Treasurer on the Fred Benson Scholarship Committee and The Block Island Lions Club. She served on The Block Island Conservancy for 8 years and is now serving as a Trustee to the Rhode Island Chapter of The Nature Conservancy.

Gail and her family truly enjoy their life on Block Island along with grandparents, cousins, aunts and uncles.  She loves to travel with her husband Geoff and son Griffen, and upon the return of each trip recognize their comfort in the fact that this is the place they have chosen to call home.

Gearing up for summer on Block Island RI

Gail has been an integral, well-loved member of the Block Island community for decades; the expertise and knowledge she brings to her work in the real estate business goes well beyond the logistics and academics required of that field. Her excellence as a broker is enhanced by her deep connection with the island, its residents and its essential workers. The isolation of island life, the physical disconnection created by a body of water, creates many challenges to the normal functioning of business and society. Gail’s long experience of dealing with these peculiarities seamlessly was extremely reassuring. Her down-to-earth, professional but delightful manner made a potentially stressful experience quite enjoyable.

We have sold, purchased and rented Block Island property with Gail Ballard Hall and her dedicated staff over the span of 20 years. Her exemplary professionalism, detail-oriented approach and her relentless effort on her clients behalf have made her a major part of Block Island. We have even had incredible success utilizing her contacts made through Luxury Real Estate in both Florida and Tennessee. Her knowledge goes beyond simply a realtor - she is an island icon!

We have worked with Gail for many years, she is the best at what she does. We never worry about anything when Gail is involved, she's thorough, quick and a great communicator.

Have you worked with Gail Ballard Hall before and want to write a testimonial on their behalf? 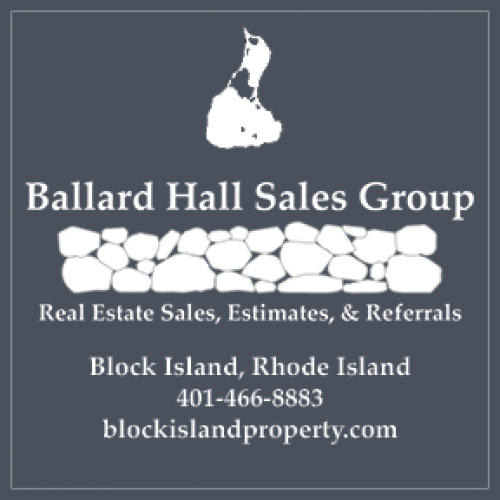