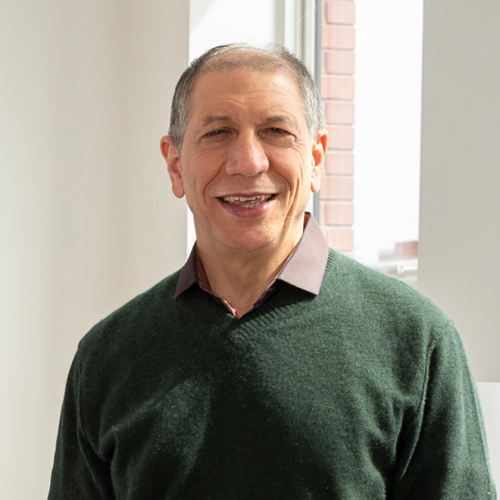 Saeed (Michael) Askarinam joined Daniel Gale Sotheby’s International Realty in 2021, bringing with him more than 40 years of real estate experience. Having rented and sold over 1,800 apartments in more than 200 buildings, his clients benefit greatly from his deep experience on both sides of the table.
Most of his business comes via referrals and repeat clients, which is an unbeatable indicator for the quality of his work.
Michael has been living in Brooklyn since 1987. He started his own real estate brokerage in 1998, specializing in residential rental and sales in Brooklyn. Attracted by the blue chip brand of Sotheby’s and its global marketing capabilities, the next logical step for him to further grow his successful business was to merge his practice under the Sotheby’s banner.
With an MBA in marketing and finance, Michael has cultivated a keen ability to identify market segments that are willing and able to pay the highest price for the properties that he is selling. That ability, coupled with the halo effect of the Sotheby’s brand, enables Michael’s sellers to get a dollar better than their competition.
Prior to his real estate career, Michael was a project engineer for General Mills. He holds a BS in electrical engineering from the University of Minnesota and earned his MBA from the University of Toledo.
His jump from engineering to sales and marketing was as natural as it was serendipitous. His work on the manufacturing line at General Mills shone so brightly that the vendor cherry-picked him to sell the Allen-Bradley controllers and software he was installing and integrating. The customer became the salesman. While at Allen-Bradley, now Rockwell Automation, he sold complex technology solutions to Ford, General Motors, 3M, Weyerhaeuser, and International Paper. Translating complicated client requests and transforming them into monetized solutions is a skill set that Michael still leans on as a real estate broker.
He credits his rigorous technical education and background in corporate America at a Fortune 500 company for giving him the business chops that have come in so handy in the real estate arena. The analytical and problem-solving abilities of a trained engineer are indeed an unfair advantage in any transaction.
Michael enjoys traveling, sightseeing, and visiting Milongas where he gets to dance Argentine Tango. He also enjoys racquetball and swimming, as well as classical, and jazz music. Michael is a past member of IEEE, an active member of his synagogue, and has volunteered at UJA. He is fluent in Persian, and proficient in Hebrew.

Have you worked with Michael (Saeed) Askarinam before and want to write a testimonial on their behalf?