This 2018, Imma and Joana Amat have given way to the third family generation to lead the company; and so Guifré Homedes - who was already incorporated to the company as Manager Director of the Barcelona office in 2011- has been named as the new CEO of Amat Immobiliaris since January first, leading the family business, which is celebrating its 70-year anniversary this year.

In 2017, Amat opened a much larger office in Sant Cugat del Valles downtown which has been a very important investment due to it being an old premises, and it has taken a lot of work to design it. 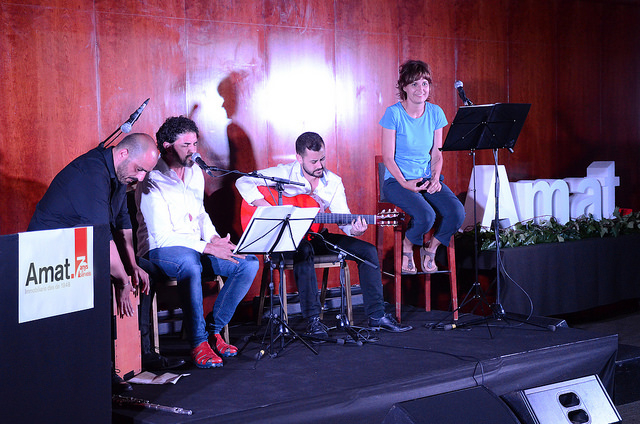 It has also been the year in which the corporate headquarters premises have been established in a very well located area of Barcelona -Via Augusta/Diagonal- and finally inaugurated the past 10th and 11th of July.

In order to celebrate both significant moments this week, two events have been held in a row due to the large amount of attendees, more than 200 people, including authorities, customers, employees and friends who did not want to miss the event.

Amat always stands for culture and female talent, which are two of their values, so incorporating those ideals  into their events was momentous. The first day a well-known catalan singer offered a poetry recital show with guitar music, whereas the second day there was a fusion between poetry and flamenco conducted by an important catalan actress.

Both days have been a perfect opportunity for everyone to visit our new headquarters and also dedicate a final public recognition to the first generation. The event was conducted by the third generation that, since January 2018, run the company.