ATLANTA, GA - Beacham Gives Back, the quarterly charitable giving initiative of Beacham & Company, REALTORS, has selected City of Refuge as its’ first quarter 2018 recipient charity. City of Refuge’s mission is “social transformation” through delivery of individuals and families who are in crisis to a self-sustaining position free of poverty, addiction or trafficking.

The organization achieves its mission by providing shelter, meals, job skills training, networking opportunities, childcare, youth programs and individual and family counseling. Since 1997, the organization has changed the trajectory of 20,000 lives from their campus in Vine City west of downtown Atlanta. Vine City is one of the state of Georgia’s traditionally highest crime neighborhoods where more than 50% of residents live below the federal poverty line. 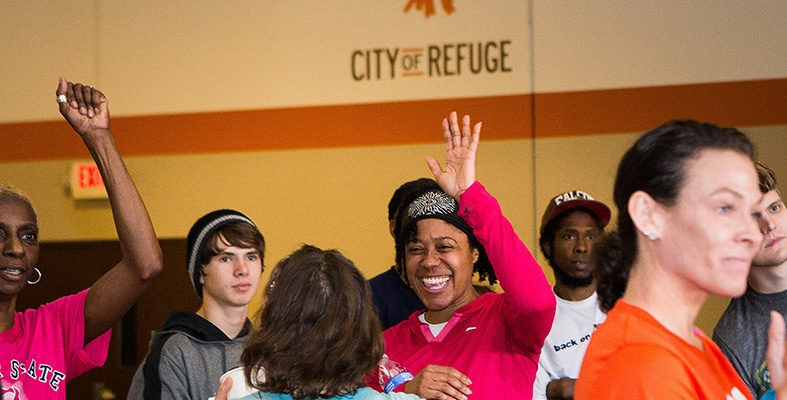 City of Refuge was started more than 20 years ago by Bruce Deel, a pastor from Cleveland, Tennessee who moved his family (including five daughters) to a failing church in Vine City where drug deals and murders in the immediate vicinity were common. Now, City of Refuge sits at the epicenter of one of Atlanta’s most buzzed-about areas for real estate investment due to a variety of redevelopment and infrastructure improvement projects such as Rodney Cook Sr. Park across from the new Mercedes Benz Stadium, the Westside Trail of the hugely popular Atlanta Beltline and Westside Park at Bellwood Quarry, which will be the City of Atlanta’s largest park upon completion with a 45-acre drinking water reservoir as its focal point. Also, one of the prime sites for the location of Amazon’s second corporate headquarters nearby. All of this new investment activity and the support in recent years of philanthropist leaders like Chick-Fil-A‘s Dan Cathy have helped propel City of Refuge to open new centers in Dalton, Ga. and Augusta, Ga. along with centers in three other states with plans for 10 more centers. 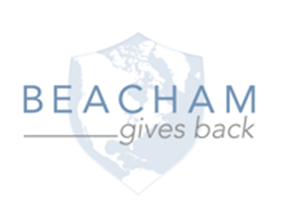 Beacham Gives Back is a charitable giving initiative of Beacham & Company that was started nearly a year ago by one of Beacham’s agents. The program is believed to be the first of its kind – at least among Atlanta real estate companies. Charitable giving recipients are not chosen by management but by the agents and staff of Beacham by popular vote each calendar quarter. In less than a year, Beacham Gives Back has donated a total of nearly $100,000 to local charities including Our House, Crohn’s and Colitis Foundation, and the Emory Winship Cancer Institute. Prior to Beacham Gives Back, the firm has made donations over the years to Ronald McDonald House, the Forward Arts Foundation, the Atlanta Symphony Orchestra and Children’s Healthcare of Atlanta.

City of Refuge was nominated by Beacham agent Amy Hooper who will serve as fundraising captain.

Beacham & Company, REALTORS is Atlanta’s top-selling luxury real estate office. The firm was founded by Glennis Beacham, one of Atlanta’s most celebrated real estate agents and the only agent in Georgia to sell nearly $2 billion in real estate. The firm has 100 agents who average $7 million in sales per agent, more than any other Atlanta real estate firm. In 2017, the firm achieved record sales for the 11th consecutive year and remained the top-selling office in the city for single family listings sold for more than $1 million.