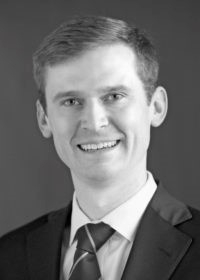 ATLANTA, GA - Ben Beacham grew up in Atlanta and was immersed in real estate from a young age. He attended The Westminster Schools and subsequently went to the University of Georgia intending on getting a business degree. While at UGA, Ben instead shifted his focus to obtaining a law degree following his graduation. After spending a year as a lift operator at Deer Valley in Park City, Utah, Ben enrolled in law school and later graduated with honors from Emory University School of Law.

Ben lives in Garden Hills with his wife Laura, son Bennett and dog Rory. During his free time, Ben enjoys spending time with his family, snow skiing and playing golf.

Carrie Wells Closes Property at Base of Aspen Mountain for $27.5 Million