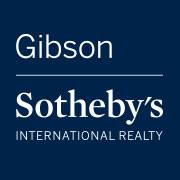 BOSTON, MA - Gibson Sotheby’s International Realty recently welcomed The Moran Group to its growing Back Bay office. The group is led by Michael Moran, a highly respected Broker with 28 years of industry experience. He consistently ranks among the top agents in Boston.

“Michael has long been on our radar,” said Paul McGann, President of Gibson Sotheby’s International Realty. “We feel the partnership is timely and impactful due to the parallel momentum of Michael's team and ours.”

Born into a family of real estate professionals, Moran began his career working for his family's company, The Moran Company Realtors. He has represented many of Boston's finest condominium developments, including the award-winning residences at Nine Commonwealth Avenue. Michael also represented the buyer for the record setting highest priced condominium sale in New England to date.

Alongside Moran, Gibson Sotheby’s International Realty welcomed Mark Ruane of The Moran Group. Ruane has been successful in the Boston real estate market for over a decade. “Mark is a very strong agent and a great guy,” noted Chairman Larry Rideout. “Together with Moran they have completed over $300 million dollars in sales. It’s extremely impressive.”

The Back Bay office also recently welcomed Joanna Hochman, a 25-year veteran of the Boston real estate market. A former teacher, Hochman developed a reputation as a trusted advisor for her clients. She is known as a kind, knowledgeable and attentive agent.

In addition to having several top agents join their firm, Gibson Sotheby’s International Realty just completed a move to a paperless transaction management system and several office renovations. They plan to announce other system upgrades which are aimed at improving the agent experience, as well as office expansion in the coming weeks.