SEATTLE, WA USA – Dedicating his life to studying the interests, institutions, and ideas underlying different formations of capitalism, Christopher McNally has made a name for himself on an international scale. Next month, he will bring his expertise to the 15th Annual Luxury Real Estate Spring Retreat, discussing the rise of Sino-capitalism and its implications for international business and real estate.

Dr. McNally defines Sino-capitalism as “a capitalist system that is already global in reach but one that differs from Anglo-American capitalism in important respects.” His speech at the Spring Retreat will discuss the Chinese state as a leader in fostering and guiding capitalist accumulation. 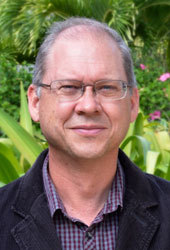 The Spring Retreat is an exclusive event for Who’s Who in Luxury Real Estate members to network with peers and gain tools to expand their business strategy on an international level. Dr. McNally has a global hand in the political economy of contemporary capitalism, making him an insightful guest speaker for this top-performing audience. In his speeches, he utilizes seven languages, a PhD in Political Science from the University of Washington, and a well-worn passport to bring knowledge of the world’s economy into the language of the business world.

Dr. McNally has held fellowships conducting fieldwork and research at the Asia Research Centre in West Australia, the Institute of Asia Pacific Studies at the Chinese University of Hong Kong, and at the Shanghai Academy of Social Sciences. He is currently working on a book project that studies the implications of China's capitalist renaissance on the global order.

For more information on Christopher McNally and his studies, please visit http://www.eastwestcenter.org/about-ewc/directory/christopher.mcnally.

For more information on the Spring Retreat, please visit LuxuryRealEstate.com/Maui.