Originally Published in The Real Deal

Sussman, who died in September, stepped down as mayor in 2007. He was reportedly the first person to market Super Glue and came up with the Krazy Glue ad of a man holding onto a hard hat glued to a beam, his daughter-in-law told the Sun Sentinel earlier this year. He also owned a manufacturing plant in Pompano Beach, among other businesses.

Records show Sussman and his late wife Greta bought the Hillsboro Beach property in 1982 for $1 million. 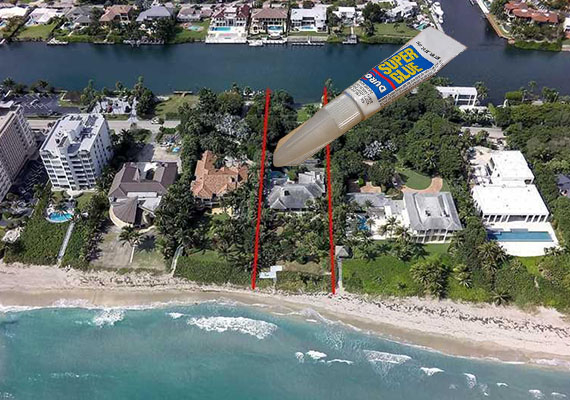 Built in 1965, the single-story house is likely a teardown and described in the listing as a renovation or redevelopment opportunity. It sits on a 1.23-acre lot with 115 feet of deep water frontage. Julie Jones-Bernard of Florida Luxurious Properties was the listing agent, according to Redfin.

Hillsboro Beach, a small town in Broward County, is home to a number of multimillion-dollar mansions. Le Palais Royal is on the market for $159 million – currently among the priciest residential listings in the country. In July, South Florida auto magnates Rick and Rita Case sold their waterfront Hillsboro Beach estate for $6.5 million.