The residence is actually a combination of two 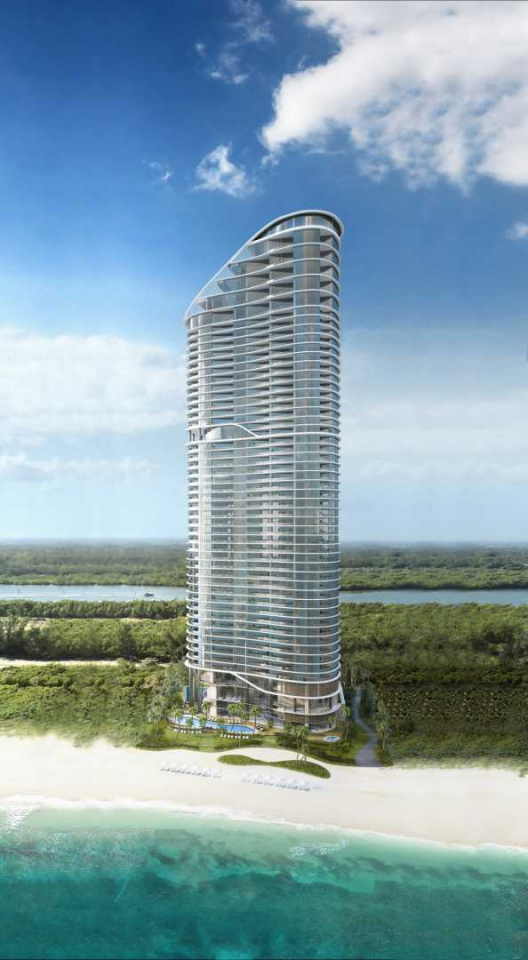 units that will take up the entire 51st floor, the Wall Street Journal reported. It will have five bedrooms, six-and-a-half bathrooms and will measure 7,735 square feet when it’s built. That makes it $2,715 per square foot.

Arguably the penthouse’s most impressive feature is a large wooden deck, pictured above, that will have its own dining area and pool overlooking the ocean. The unit also comes with five parking spaces.

Developer Edgardo Defortuna declined to name the buyer to the Journal, but described the individual as a successful entrepreneur who will use the penthouse as a home.

Whoever the buyer is, he or she haggled the asking price down by $500,000 before entering the contract, according to the Journal. The buyer was also interested in the $30 million penthouse on the second floor, but decided instead to combine two units on the 51st.

Defortuna’s Fortune International Group is developing the 52-story tower alongside the Chateau Group, headed by Manuel Grosskopf. The two launched sales of the 212-unit tower earlier this year and expect to begin construction in 2016. [WSJ]