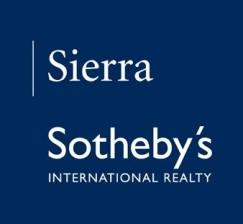 LAKE TAHOE, CA – Sierra Sotheby’s International Realty closed the year on a high note as Philip White, President and Chief Executive Officer, was joined by other members of the Sotheby’s International Realty network atop the podium at the New York Stock Exchange to ring the December 29 Closing Bell. The event celebrates the company’s 40th anniversary in the luxury residential real estate brokerage business.

“I am very proud of the journey we have taken together with our global luxury real estate network to bring the brand where it is today,” said White. “The Sotheby’s International Realty brokerage network was built to connect the finest independent residential real estate companies to the most prestigious and discerning clientele in the world,” said White. “We are honored to be celebrating this milestone by ringing the Closing Bell at the New York Stock Exchange.”

Later Philip White appeared on CNBC’s Closing Bell to discuss the luxury real estate market. In his appearance White commented that the luxury market is healthier than it was before the crash in 2008. “It’s even stronger; I think it’s more stable, it’s less erratic and the long-term value is even stronger than it was then,” he said. “It was a sharp drop-off as we all know, and it’s taken a long time to really get to this recovery point.”

While many market watchers feared that the Fed raising interest rates might increase mortgage prices further, this market is not directly affected by those changes, White said. “A lot of our transactions are all cash, and even the slight short-term interest increase really doesn’t affect the mortgage rates in a significant way,” he noted.

“We are very optimistic about sales growth for all the markets we cover,” says Sierra Sotheby’s International Realty President, Peter Strand. “Continued snowfall in the new year is fueling renewed demand for ownership. In 2016 we’re predicting our best year ever.”

Dry conditions in 2015 triggered undervalued pricing and lower than average sales volume in many of the ski resort neighborhoods like Northstar, Squaw Valley and the Stateline/ Heavenly Village areas, however, end-of-year statistics combined with an uptick in luxury sales at the onset of 2016 suggest that these areas are back on target to reach their full potential in the coming year.

“Families are running into challenges with lodging availability for their next ski vacation as rental entities sell out and high rental rates create heartburn for some. The costs and challenges of vacation rentals have families turning to ownership options to solve their needs,” says Truckee-based agent, Breck Overall. “Traditionally, as the snow continues to fall, inventory shrinks which creates a greater sense of urgency to lock in a desired location or opportunity.”

For those in the new home market, 2015 earmarked the most significant growth in new home construction in over a decade with hundreds of new builds recorded in Mountainside at Northstar, Martis Camp, Schaffer’s Mill, Gray’s Crossing, Lahontan and Old Greenwood. On the South Shore, Zalanta Resort, represents the first new luxury condominium project in 30 years while anticipation continues to grow around plans for proposed developments including the Truckee Railyard Project, Homewood Resort on Tahoe’s West Shore, and several new projects centered in Crystal Bay, NV.

“Tahoe’s lakefront market continued its rebound in 2015 with 25 properties selling on the West and North Shores,” says Sierra Sotheby’s International Realty Broker, Jeff Hamilton. “The biggest market shift showed increased activity on the West Shore combined with the decreased activity on the North Shore as buyers searched for ‘deep-water’ functional piers.  As winter storms continue, we expect that water level will play a less important role in determining which properties are being sold.  Until then, pier functionality and lake access will continue to drive buyers lakefront decision making process,” says Hamilton.

Incline Village was a bright spot in 2015 for Sierra Sotheby’s International Realty who closed the year as the leader in lakefront home sales and a 57 percent overall jump in sales volume for that market. Prices in this niche market ranged from $2 Million to $11 Million in 2015 and $2 Million to $13 Million in 2014, says Incline Village agent Lexi Cerretti. “What’s notable about the Lakefront market in Incline Village,” adds Cerretti, “is that the inventory is very low. There are just three direct lakefront homes on the market now, and three homes with HOA lake access. There is buyer interest especially for building opportunities as well as newer construction or remodeled homes.”

On Tahoe’s East Shore the Glenbrook market remained strong through 2015, and although the number of units sold was down, average pricing was up 15 percent while average days on market was down 15 percent. “In terms of pricing, Tahoe’s East Shore offers an incredible value for lakefront property,” says Sierra Sotheby’s agent Claudia Thompson.

Southwest Reno was a highly robust market in 2015 with growth in both volume and median price across most neighborhoods. On a corporate scale, Switch’s new data center and Tesla’s new 3000-acre site just outside of Reno, NV are contributing to the region’s technology renaissance and economic vitality. Since 2011, the “Biggest Little City in the World” has recruited about 100 companies to locate or expand to the area with more than 10,000 new jobs and many more to follow.

San Francisco Bay Area and foreign buyers are taking notice. Between the outdoor lifestyle, natural beauty and Nevada’s tax hospitality, the greater Reno/ Lake Tahoe area is being taken seriously as place to relocate, diversify, and/or explore a slower pace of life.

Every micro market in the Reno/ Lake Tahoe region reacts differently to external triggers so Sierra Sotheby’s International Realty dissects the quarterly and year-end data by neighborhood to help buyers and sellers understand the market trends on a local level. To see how the market is trending in your community visit tahoerealestatediary.com/micro-market-reports or contact a local agent for expertise and insider knowledge.

Celebrating the recent opening of a new high traffic location at Stateline in the Village at Heavenly alongside the year anniversary of a newer office in Downtown Truckee, Sierra Sotheby’s International Realty now offers eight locations to compliment their unique global network.

Sierra Sotheby’s International Realty has eight boutique office locations throughout Lake Tahoe and Truckee: Incline Village, South Lake Tahoe, Squaw Valley, Stateline/Village at Heavenly, Tahoe City Gallery, Tahoe Donner, Downtown Truckee and Tahoe City Lakeside. Stop by or call one of these locations to talk to a local expert, search online at sierrasothebysrealty.com or text SierraSIR to 87778 to download our mobile app on your phone or tablet. Find us on Facebook.com/SierraSIR or follow us on Twitter @SierraSIR.