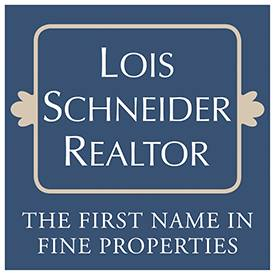 SUMMIT, NJ - Lois Schneider Realtor has closed the sale on 233 Springfield Avenue in Summit, NJ. The property, which sold for $8,000,000, broke a local sale record!

According to the Summit Historical Society, a few grand estates were built on Summit’s Northside as ‘country homes’ during the early 1900s. Twin Beeches, like Twin Maples, now the stately Summit Fortnightly Club, was one such home. The present day Twin Beeches is a superbly finished Spanish Colonial Revival estate, an architectural tour de force, completely rebuilt in 2000 by the current owners. Their goal was to build “a new, one hundred year old house,” carefully adhering to the Spanish Colonial style as defined by noted turn of the century architect Addison Mizner, updated for modern living. The home includes the grand interior and exterior entertaining spaces typical of the Mizner designed Palm Beach and Palm Springs estates. The quality of the materials and the craftsmanship are as they would have been in times past, applied with meticulous adherence to the home’s architectural style, including: a distinctive clay barrel tile roof imported from Italy; custom exterior brickwork and limestone detailing; mahogany windows and doors; ceiling heights, millwork, and other finishes following a formal/informal hierarchy; and ceiling friezes and Venetian plaster walls in formal spaces. Privately perched on a 2.3 acre prime Northside property accessed by two driveways, this expansive estate is a rare find in Summit, and just blocks to town and New York City commuter trains.