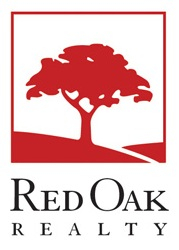 OAKLAND, CA - Red Oak Realty, one of the most innovative and fastest growing brokerages in the East Bay, has launched a targeted marketing campaign in an effort to reach the influx of potential home buyers to the East Bay from San Francisco, many of whom are getting priced out of the high-valued city even though they have money to spend.

The company’s marketing campaigns are a critical piece of the overall growth strategy. Over the past three years, the company has completed two strategic campaigns: the launch of a custom designed website built with a proprietary, award winning search tool, and a point-of-view video campaign currently running in select movie theaters throughout San Francisco.

The third installment of the multi-year strategic marketing campaign will include a witty yet pointed print advertisement that aligns with the company’s vision and personality, and can be seen in the June issue of San Francisco Magazine. The print ad lures would be buyers in San Francisco to Oakland with a beautiful picture of a sunny backyard, enticing readers with the idea of smaller mortgages, more space, plenty of parking, and of course more sun!

Known for their “Seriously Local” tagline, Red Oak Realty bases their marketing strategy on being authentic and edgy, while cutting through the advertising clutter on a shoe-string budget.

“We invest almost no money in magazine print ads, but when we heard San Francisco Magazine was publishing an issue completely focused on Oakland, cover-to-cover, we knew this aligned with our strategy and quickly pivoted to accommodate the opportunity,” said Aman Daro, Director of Marketing and Business Development at Red Oak Realty. “As a small business pitted against industry giants, our customers are top priority. The consumer mind-set is changing in the Bay Area and so is their buying power, which means our marketing campaigns are agile even though we are executing against a specific strategy. This allows us to take advantage of the right opportunities at the right time.”

In 2011 Red Oak launched a custom, hyper-local website. Built from the ground up, the new website offers existing and potential client’s insight on each East Bay neighborhood. Through an award-winning tool called Neighborhood Explorer, buyers can explore East Bay neighborhoods, peruse over 500 photos and watch more than 20 custom videos, all created in an effort to showcase the East Bay in a fresh light. Since its launch, website traffic has increased 30% in the past year alone and sales generated from the site have increased 300%.

In order to reach the discouraged San Francisco buyer and speak to them in a meaningful way, Red Oak capitalized on the benefits of living in the East Bay with targeted videos that give a glimpse of what is waiting on the other side of the Bay Bridge.

Working closely with Micha Dunston of Triple Spiral Productions, the point-of-view video was produced in early 2014. Driven by the success of GoPro, the video takes the viewer through a dream sequence that represents the possibilities of a life in the East Bay – large homes, quiet hiking trails, tree-lined streets and warm evenings outside with the family. It’s currently running in several San Francisco movie theaters, reaching approximately 34,000 consumers on a weekly basis.

The new high-tech era has brought innovative technologies, smart people and new money to the Bay Area, but it’s also one reason for the soaring Bay Area real estate prices. The goal of the three marketing programs are to reach the new “luxury” consumer in the Bay Area, young Gen X and Gen Yer’s who are self-made, with cash-rich purchasing power, yet humble with their wealth. According the American Express HarrisonGroup Survey of Affluence and Wealth in America, most new, high net-worth consumers have had their money for less than 10 years, consider themselves middle class, and focus on worth and value, not just appearance. It's not just about having money, it's about the emotional benefits that money brings, and Red Oak Realty wants to capitalize on those emotions by helping their clients find the right home for their lifestyle in the East Bay.

To learn more about Red Oak Realty’s marketing campaigns or to view and download images, videos and assets, visit: http://youtu.be/mgIjeeIlvtU or http://rore.me/RedOakSFMag.

Red Oak Realty, with offices in Berkeley and Oakland, is celebrating its 38th year in the business. One of the largest brokers in the region, it remains fiercely independently owned and operated. The company serves the communities of Oakland, Piedmont, Berkeley, Kensington, Albany, El Cerrito and Richmond, and surrounding areas.