Founded in 1973 by Music Director Martin Pearlman, and celebrating its 40th Anniversary in the 2013-2014 Season, Boston Baroque has received critical acclaim around the world through its performances, international touring, and twenty-three professional recordings, which have earned the ensemble three Grammy nominations. Boston Baroque produces lively, emotionally charged, and ground-breaking performances of Baroque and Classical works for today’s audiences– performed on instruments and using performance techniques that reflect the eras in which the music was composed. The ensemble performs ten annual concerts featuring the works of composers such as Bach and Beethoven, which are attended by an impressive ten-thousand patrons. 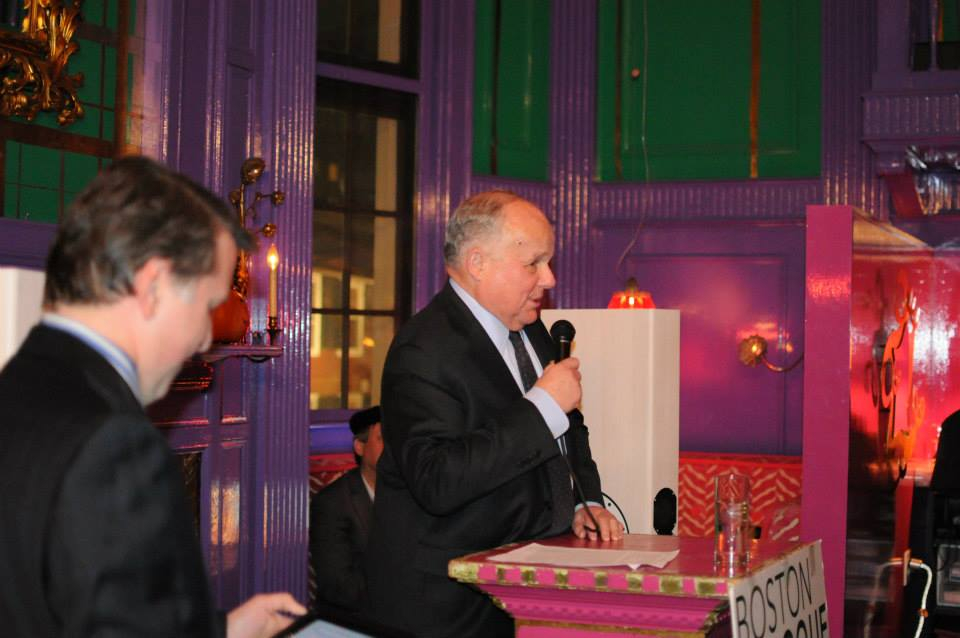 On October 30, Boston Baroque hosted a party at Cambridge restaurant Upstairs on the Square to kick-off its 40th Anniversary Season and to release its latest recording on the Linn Records label: Lord Nelson Mass and Symphony No. 102, which is poised to make musical history as the world’s highest resolution audio recording. Saul Cohen and Micheline de Bievre, Hammond Back Bay/Beacon Hill agent and member of Boston Baroque’s Board of Overseers, were in attendance.

Saul Cohen said, “We are pleased to sponsor Boston Baroque, which is an esteemed organization that is truly dedicated to making period performance accessible to those near and far. We wish Martin Pearlman and the entire organization much success as they enter their 40th year.”

Throughout its twenty-one year history, Hammond Residential has made the visual and performing arts the primary focus of its corporate philanthropy. In 1996, the Hammond Performing Arts Series was created to enrich the cultural communities that Hammond services, as well as to provide talented up-and-coming musicians with performance opportunities. Hammond regularly presents admission-free concerts in Boston, Chestnut Hill, Concord, Hingham, Lexington, and Weston. In addition, Hammond’s South End and Hull offices prominently display revolving exhibits featuring well-known artists from the area.