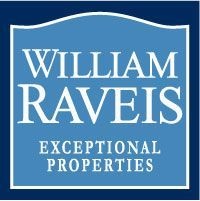 The acquisition of the Irvington office comes just one year after the opening of their Briarcliff office. Prior to their affiliation with William Raveis Real Estate in January 2011, Legends Realty Group existed as an independent brokerage with 19 sales associates, during which time they held the number one market share in Tarrytown and Sleepy Hollow. Since affiliating with William Raveis, the number of agents has increased to 42 among their 3 offices. They are proud to have all the Irvington agents and staff join them in their new venture.

William Raveis Real Estate, Mortgage & Insurance is one of the top companies in the nation. It was recently ranked in 2010 by sales volume in RisMedia’s Real Estate® Magazine as the #1 family-owned real estate company in the Northeast and the 8th largest real estate company in the USA. The innovative firm is known as an “Award-Winning Team,” being nationally recognized as an industry leader in technology, marketing and REALTOR® education. Such recognition includes winning the coveted “Most Innovative Brokerage or Franchise” distinction and placing as a finalist for “Most Innovative Website or Web Service” at Inman News’ 2011 Innovator Awards, held in San Francisco, California. William Raveis’ award-winning website, raveis.com, draws more than 10 million visits annually and includes more than 300,000+ MLS listings in Connecticut, New York, Massachusetts, Rhode Island, New Hampshire, Maine and Vermont.

For four consecutive years, William Raveis has also been named as “The Best Real Estate Company” in 2 states* and as a “Best Place to Work” in 2010, 2011 & 2012 by the prestigious Boston Business Journal. The company placed as a finalist in 2011.

William Raveis Real Estate is a household name in its founding state, CT and is the #1 real estate company in world-renowned Fairfield County. The company entered the Massachusetts marketplace in 2003 and, according to the 2010 closed sales volume in the Multiple Listing Service Pin, is now the largest independent brokerage in that state with 27 offices. William Raveis recently expanded into New York and presently has offices in Rye, Harrison, Katonah, Chappaqua, Tarrytown and Briarcliff Manor in Westchester County. In addition, the company has an office in Nyack, Rockland County. The firm has 2,700 highly trained sales professionals and 80 company-owned and affiliate offices in New York, Connecticut, Rhode Island and Massachusetts. For more information, visit raveis.com or blog.raveis.com.