The property on Ocean Road is sited on the former location of the main house of the Dunmere Estate, which was originally built in the 1880’s for Robert Graham Dun of Dun and Bradstreet and considered the premier showplace property for Narragansett’s Victorian era summer crowd. This sprawling contemporary sits 35 feet above crashing waves on almost six oceanfront acres. 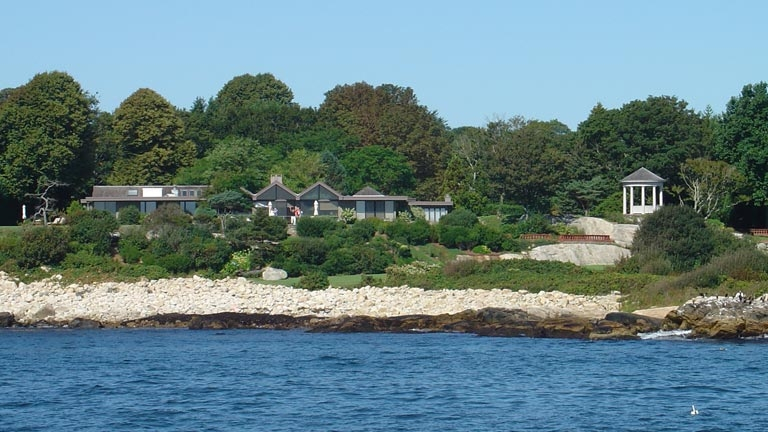