Bruce Willis fans will have the opportunity to catch a glimpse of him in Jávea (North Costa Blanca – Spain), security measures permitting, on the 7th, 8th, 15th, 20th and 21st of September, 2010, specifically at the Cala Granadella bay where he’ll be recording scenes for his upcoming movie "The Cold Light of Day."

This American movie, produced by Summit Entertainment and directed by Mabrouk El Mechri, will premiere during the first half of 2011. Ex-Alien star Sigourney Weaver is expected to join him, as is Henry Cavill from the series The Tudors, about the British royal dynasty.

The plot of the film is set in Spain, the vacation destination chosen by a young and arrogant stockbroker who works on Wall Street and his family, the peaceful days of rest of the main character are altered when he discovers that all his family has been kidnapped. This will draw him into a government conspiracy plot which, in turn, will uncover his father’s hidden secrets. The main chase and action scenes will be shot on the access road to the Grandadella Bay, a beauty spot on the Costa Blanca, within the Natural Park that carries the same name. 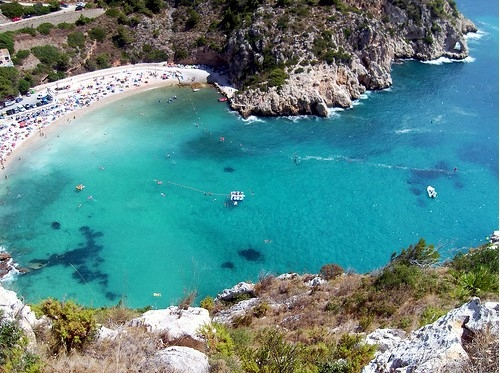 To the South, the Granadella Nature reserve borders the urbanization where Luxury Homes by VAPF is presently developing and building luxury properties that take advantage of the wonderful Mediterranean Sea views and the lovely coastline that the North Costa Blanca in Spain is famous for. Whether in fact or fiction, it is obvious to see why the area is an exclusive tourism destination and many choose to make this the ideal location for their luxury home in Spain.