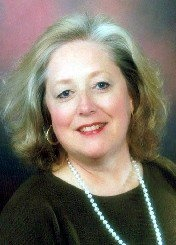 PRINCETON, NJ (July 19, 2010) – Maureen and Greg Provenzano, a leading team of sales associates with a combined 31 years of experience, have joined Gloria Nilson, REALTORS®, Real Living in Princeton. With a track record of top industry awards and success, the Provenzano’s are a strong addition to the leading real estate office.

Maureen Provenzano has nearly a quarter century of real estate experience, and she actually began her career with Gloria Nilson back in 1987. She is a recipient of the NJAR® Circle of Excellence Award from 2003-2009, ranking Provenzano among the top real estate professionals in the state, and has consistently ranked high in production in her market areas of Mercer, Somerset and Middlesex Counties. Committed to investing in her business skills and expertise, Provenzano has her GRI degree, is an Accredited Relocation Specialist (RRI), and a two time graduate of the Leader’s Choice Program for top producers. Maureen Provenzano is a member of the Mercer County Top Producer’s Association, and for the past several years has sold between $15 and $27 million in real estate each year. This unsurpassed expertise, together with the strength of Gloria Nilson, REALTORS®, Real Living, provides today’s buyers and sellers with a winning combination.

“My decision to come to Gloria Nilson was an easy one. Combining the premier service and the marketing clout of Gloria Nilson and Real Living was a clear opportunity to obtain more market share in the areas I service. My clients will certainly benefit with such a company behind me to support them all the way to the closing table,” says Maureen Provenzano.

“I have known and worked with Maureen and Greg for over 12 years, and I am thrilled to have them with us,” says Martin J. Mandell, Branch Executive of the Princeton office of Gloria Nilson, REALTORS®, Real Living. “They bring with them a track record of hard work and success, and will be a powerful addition to our team of leading professionals,” Mandell continued.

Gloria Nilson, REALTORS®, Real Living has 15 offices and more than 550 sales associates throughout New Jersey. Owned by SCS Realty Investment Group, LLC, led by Dick Schlott, the company also owns RLS, REALTORS®, Real Living with offices in Bernardsville and Mendham, NJ, and is a franchise of the Real Living Network. Real Living is owned by Brookfield RPS, a division of Brookfield Asset Management Inc., one of the largest relocation companies in the world with a Realtor® network nearly 30,000 strong, based out of 1,500 locations across North America.