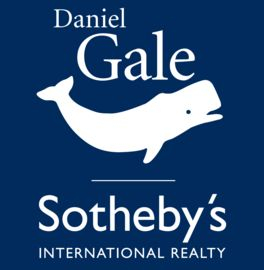 Daniel Gale Sotheby's International Realty (DGSIR), one of the nation's leading Realtors, recently released its 2010 Mid-Year Luxury Market Report. The analysis of Long Island's North Shore luxury market (properties listed at or above $1.5 million in Nassau and Suffolk Counties, excluding the Hamptons) is released twice each year. This latest report indicates increased sales in both counties this year over the same six-month period in 2009. In Nassau County luxury sales increased overall from 78 in 2009 to 121 in 2010. Days on market were up, from 145 days average to 193 days average, but so were the average and median prices. In Suffolk County, the number of sales increased from 42 in 2009 to 57 in 2010. Average days on market were nearly identical, 163 in 2009 and 167 in 2010. The average and median prices were up slightly in 2010 as compared to 2009. A number of towns and villages within both Nassau and Suffolk Counties reflect marked improvement for the first six months of 2010 as compared to 2010 and the pattern reflects cautious optimism for both buyers and sellers for the Luxury Sector. The market reports can be accessed through the Daniel Gale Sotheby's website http://www.danielgale.com/selling_market-reports.html "As we slowly emerge from the most significant financial crisis since the Great Depression, there has been a visible improvement," said Patricia J. Petersen, President and CEO of Daniel Gale Sotheby's International Realty. "Although real estate is very much a local business, with individual communities often performing independently of close neighbors, I believe that this particular segment of the residential market has always had a mind of its own. It stalled in parts of our market in 2009 partly because the underlying drivers-the motivation of luxury buyers and sellers and more realistic pricing, were absent. Improving consumer confidence and proper pricing will continue to be the most important factors in ensuring properties on the market are both marketable and saleable." Founded in 1922, Daniel Gale Sotheby's International Realty consistently leads the nation in achieving one of the highest average sales prices in the country. Voted Best Residential Real Estate Company in the Long Island Business News annual readership poll, Daniel Gale Sotheby's is a billion dollar plus organization with close to 600 sales associates in 21 sales offices spanning Long Island. Services include an award-winning Relocation Center, a New Homes division, a Condominium Group, a Commercial Division; Ambassador Abstract, a full-service title company, and a Wells Fargo Home Mortgage affiliation. Daniel Gale Sotheby's International Realty has been the exclusive Sotheby's International RealtyR affiliate for Long Island's North Shore since 1976. Over the course of this relationship, Daniel Gale Sotheby's International Realty has gained exceptional national and international recognition, including taking top honors worldwide for the past several years. Daniel Gale Sotheby's International Realty is on the Regents Board of "Who's Who in Luxury Real Estate," a global network of leading real estate companies and active in both Real Trends and The Realty Alliance (some of the real estate industry's most influential companies with participation "by invitation only"). More information may be obtained at www.danielgale.com.