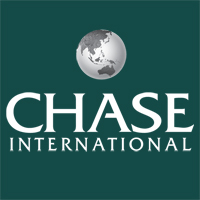 LAKE TAHOE, Nev. (July 8, 2010) – Home prices in Lake Tahoe are beginning to level off and the high-end market is looking lively, according to a mid-year analysis by Chase International.

The average home price was up two percent ($899,515) while the median dropped only one percent ($530,681). The slight changes mark the first time the Lake Tahoe real estate market hasn’t experienced a significant drop in home prices since the end of 2007. The report compares sales and figures from January 1 through June 30, 2009 to the first two quarters of 2010.

Sue Lowe, vice president for Chase International, notes that while the recent tax credits boosted sales in some markets, such as Reno, they probably had little effect on Tahoe home sales. “Most of the sales around the lake are second homes.”

There was a 36 percent increase in homes sold for less than $1 million while homes over a million jumped 60 percent. Tahoe City and Incline Village showed the biggest improvements in sales. The majority of million-dollar homes sold in the $1 - $2 million range, however four homes sold for more than $10 million.

“The $2 - $10 million market is still soft but we have had some significant activity in the ultra high-end sales (over $10 million),” Lowe said. “There’s been definite signs of a rebound this year compared to the first half of 2009, which was quite challenging. But inventory is down and prices are leveling off – we’re optimistic that the market is starting to stabalize.”

A complete breakdown of Chase International’s year-end sales report can be viewed at www.Chasenation.com.

Headquartered in Lake Tahoe, Nevada since 1986, with eight offices in the region (Zephyr Cove, Glenbrook, Incline Village, Tahoe City, Squaw Valley, Truckee, South Lake Tahoe and Reno) and one in London, England, Chase International and its exclusive affiliations handles a large share of the country’s property. A recognized leader in the world of real estate, Chase International has once again taken the reins of cutting edge technology by launching www.ChaseNation.com, the first interactive social networking website created by a real estate brokerage as a vehicle for direct interaction with consumers online.

With 225 professional Realtors® boasting an array of industry certifications and the highest volume per sales agent in the area, Chase International successfully represents homes at all price levels. For more information about Chase International visit www.chaseinternational.com.