Waterfront Estate on Tampa Bay is Bradenton's Largest Sale of 2009 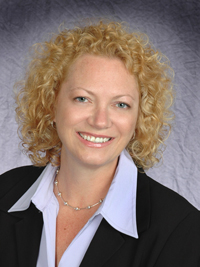 BRADENTON, Florida—(October 21, 2009)—In what was Bradenton’s largest residential real estate sale to date in 2009, Elizabeth Gardini of Michael Saunders & Company sold a waterfront estate overlooking Tampa Bay and the Skyway Bridge for $3.3 million. The property, located on 90th Street, N.W., also ranks as the third largest sale of the year in Manatee County.

The estate, which lies on sailboat water at the confluence of Tampa Bay and the Manatee River, is spread over 2.3 acres and has five bedrooms and six-and-a-half baths.

Ms. Gardini is an agent in the Manatee Avenue West office of Michael Saunders & Company. She has been with the company since 2002 and sold numerous waterfront properties in Sarasota and Manatee County. She also received the 5-Star Best in Client Satisfaction Award for the past two years.

The Bradenton office of Michael Saunders & Company is located at 4400 Manatee Avenue West; and can be contacted by calling (941) 748-6300. Elizabeth Gardini can be reached by calling (941) 356-0096, or by email at ElizabethGardini@MichaelSaunders.com.

Why You Shouldn’t Give Up on the Colorado Housing Market

BECOMING THE SMILE OF 30A: Linda’s Iconic Red Lips