September 7, 2008
POINT PLEASANT BEACH, N.J. – (Sept. 8, 2008) – According to real estate entrepreneur Diane Turton, building a strong, local company can truly improve a community and enrich the lives of its people. As a financially successful company, Diane Turton, Realtors has used its resources and capabilities to do both. 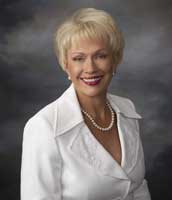 For over 20 years, the company and its people have contributed time, energy and resources to a wide range of non-profit organizations from the FoodBank of Monmouth and Ocean County to the Salvation Army.In fact, the residential real estate company’s decades-long commitment to growing and giving back to the communities it serves was recently recognized by an international real estate organization. Ms. Turton, the firm’s founder and president, has been nominated for LuxuryRealEstate.com’s Extraordinary Philanthropist honor. Mrs. Turton is one of eight nominees who will be recognized for their socially responsible activities during the 13th Annual Luxury Real Estate Fall Conference in Philadelphia this October.“One nominee will be chosen as the Extraordinary Philanthropist of 2008,” said John Brian Losh, the CEO and publisher of LuxuryRealEstate.com. “This new award will recognize the member of our community who has consistently displayed altruistic concern for human welfare and taken action to assist people who need a helping hand.”This past year, the real estate firm, which has 19 offices throughout Monmouth and Ocean Counties, New Jersey, organized and ran the “Turton Giving Tree Project.” Everyone in the company contributed toys, games, items of clothing and personal care to families in need during the 2007 holiday season. Over 1,700 gifts were collected and then distributed by community groups to disadvantaged children and teens.This summer, Diane Turton, Realtors has also been running a special food drive for the FoodBank. The company regularly participates in food drives, in fact, Diane Turton was honored in 2004 by the FoodBank of Monmouth and Ocean Counties as "Humanitarian of the Year."Additional philanthropic recognitions for Mrs. Turton and Diane Turton, Realtors include "Humanitarian of the Year;" National Conference for Community and Justice, Jersey Shore Chapter, 2006; "Distinguished Citizen of the Year," together with husband, Bruce Turton, Boy Scouts, Jersey Shore Council, 2005; "Clara Barton Humanitarian Award," American Red Cross, Jersey Coast Chapter, 2005; "Community Service Award," The Luxury, 2004 and more.About Diane Turton, RealtorsFounded in 1986, Diane Turton, Realtors is a full-service real estate company serving Monmouth and Ocean counties in New Jersey and southeastern Florida. The firm, which consistently ranks in the top of the markets it serves, is the number one ranked women-owned business in the Garden State for the past three years. The firm also provides a full range of financial service including home mortgages, property and casualty insurance, title insurance and more. The company’s web site is www.dianeturton.com and toll-free number is 1-877-DTURTON.