This year Higbie Maxon Agney celebrates its 90th anniversary, an achievement Kay Agney and her team are extremely proud of. 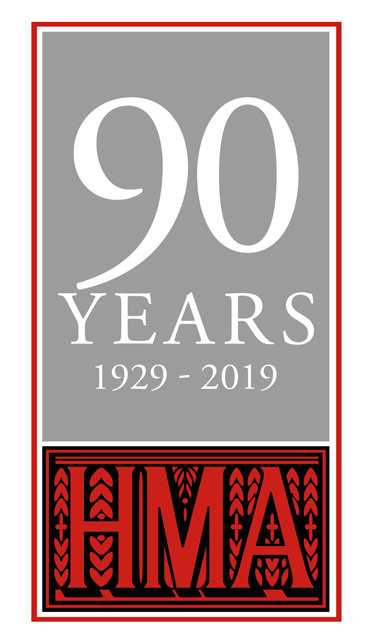 However, before we go too far, lets step back in time and then we can return to the future. Dorothy Scherer, daughter of Hugo Scherer, met a successful young stockbroker from Chicago, Harley Green Higbie. The couple married in 1922. Four years later, in 1926, their picturesque new home on Lake Shore, designed by George D. Mason, was completed. Higbie House, as it was known, was located at 191 Lake Shore, next door to Dorothy’s parents home 195 Lake Shore. Higbie House was a beautiful symmetrical three-story home designed in a Neo-Classical Revival style, set on eight and a half acres. A year later, in 1927, Hugo S. Higbie, the couples first son was born. The photo below is of 191 Lake Shore - courtesy of the Burton Historical Collection, circa 1926. Please click on the links to read the full stories of 191 Lake Shore and 195 Lake Shore.

In 1948, aged 21 years old, Hugo Higbie graduated from Williams College, Massachusetts. On his return to Grosse Pointe Hugo landed his first job in real estate as a salesman for 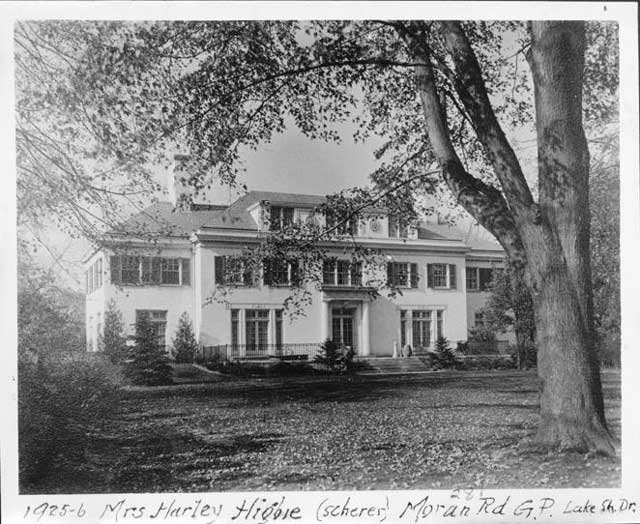 Sweeny and Moore, co-owned by the successful developer Mr. John Scripps Sweeney. Mr. Higbie’s interest in real estate can be traced back to his maternal grandfather, Mr. Hugo Scherer. A successful businessman, Mr. Scherer owned several buildings and property in Detroit and was deeply involved in the cities growth and development.

Hugo Higbie worked for Sweeny and Moore for close to 20 years. During this time he was involved in the firms extensive brokerage services and the development of many subdivisions. Mr. Higbie worked with people in order to make ‘a direct contribution to the community’. Source: Heritage Magazine, an article by Katie Elsila. 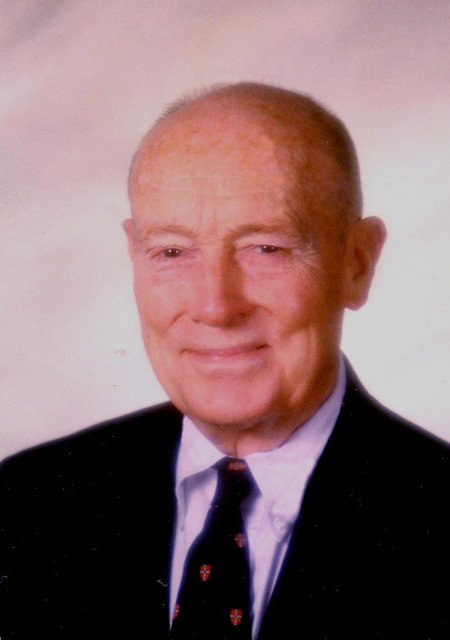 With his passion for Grosse Pointe and his deep roots in the community, Hugo Higbie established his own realtor company, the Higbie Realty Company in 1967. He hired the prestigious design team of Walter Buhl Ford and Harley Earl, owners’ of Ford and Earl Associates, to design a logo for his new company – a logo HMA still uses today. In 1972 Mr. Higbie acquired the Maxon Brothers Real Estate Firm and renamed the joined firms Higbie Maxon Realtors, Inc. He established his office on the Hill in Grosse Pointe Farms, where the company is still located.

Mr. Higbie cared deeply about the community, often declaring, “Grosse Pointe is the best kept secret”. He also displayed tremendous consideration for his clients and his team. Whenever anyone asked for help with transactions or clients he would say, “done!” He also had a notepad on his desk that said “done” rather than “to do list’, while recognizing “you can never top hand-delivery”. Despite working hard Mr. Higbie always said, “Whatever you do, have fun”. 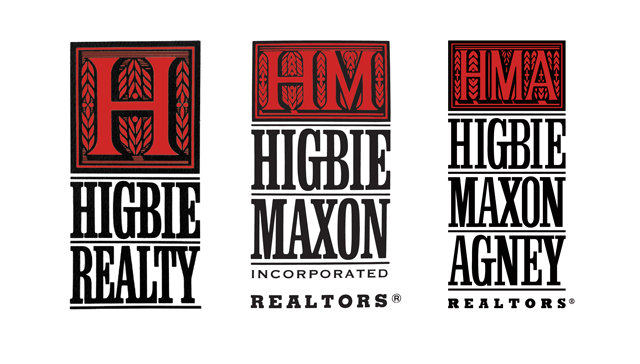 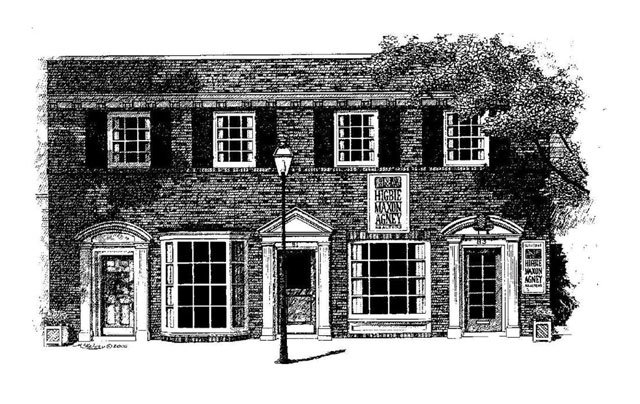 Mr. Higbie also understood “as much as things change, they really stay the same," a philosophy that was particularly pertinent in 1988, when two major changes occurred. Firstly, Mr. Higbie announced his firm had become the exclusive eastside affiliate for the prestigious International Realty Division of Sotherby’s, the prominent auction house in London. Secondly, that same year, Mr. Higbie made the difficult decision to raze his parents home, 191 Lake Shore. His father Harley had passed in 1970 and his mother, Dorothy Scherer had passed in 1987. She had resided in the home up until her death and the house had been on the market for a while. So after careful consideration and consultation with the Historical Society Hugo subdivided the 8.5-acre lot to make way for 16 new homes – now the location of Orchard Lane, Scherer Place and Higbie Court. At the time, Mr. Higbie stated “We were sympathetic to the concerns of the histrical Society, but feel that now, instead of one happy family on the property at 191 Lakeshore, there will be sixteen happy families." Source: Heritage Magazine, an article by Katie Elsila.

In 1995, Kay Agney, a prominent member of Higbie Maxon, was honored with an invitation for the company to become affiliated with the Board of Regents of the Who's Who in Luxury Real Estate network. Five years later in 2000, Mr. Higbie announced his partnership with Kay Agney 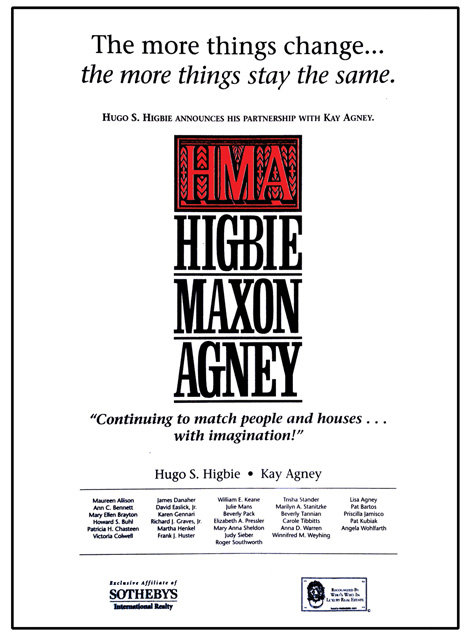 “continuing to match people and houses…with imagination!” In 2006, Kay Agney bought Higbie Maxon, acknowledging the fact “the more things change the more they stay the same.” Since then, Kay has been the sole broker and owner of Higbie, Maxon, Agney, and under her stewardship the company continues to thrive. Kay has also served as past president of the Grosse Pointe Board of REALTORS®, was a founding director of the Grosse Pointe Chamber of Commerce and is a past trustee for the Grosse Pointe Historical Society.

Mr. Higbie spent his life in Grosse Pointe, a community he cherished. Up until his death, in April 2012, he was often at the HMA office on the Hill. He continued to share his knowledge and experience with the agents at HMA, the well-respected firm he founded and continued to foster. He is greatly missed, but his desire to deliver exceptional service and expertise for every Higbie Maxon Agney client remains the tradition, his legacy and the mission of the company.

During its history HMA has been involved in the sale of some of Grosse Pointes most stunning homes and the company prides itself on maintaining its impressive historical archive that includes details and photos of just about every home in the Grosse Pointe area. HMA is particularly proud of its support of local events and organizations and Kay is as dedicated as ever about being part of this much-loved community - Grosse Pointe, there’s no finer place to call home.