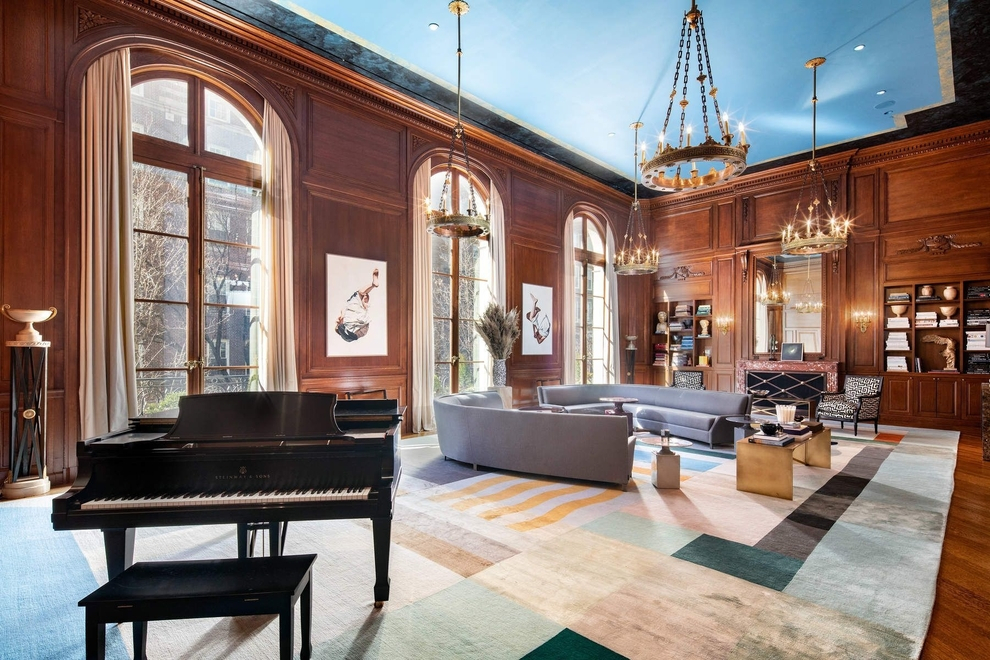 Upon entering the 1916 landmarked Carhart Mansion at 95th Street and 5th Avenue, one is awestruck by the immense original marble grand foyer. This 10,350 square foot duplex begins on the Parlor Level (etage noble) which is reached by either the private elevator landing or ascending the sweeping staircase one floor to its Reception Hall with 18+ foot ceilings. To the south is the Grand Salon which is 44 x 25 feet with a wood burning fireplace. A planting balcony running the entire width is accessible through three pairs of arched French doors. To the north is an enormous Dining Room with wood burning fireplace.

Beyond this enfilade of grand entertaining rooms is one of New York’s most spectacular eat-in-kitchens. Just renovated in a chic, Louis XVI meets Manhattan, it is the ultimate “great room” with three distinct areas for cooking, dining and relaxation.

The other half of this floor is currently a breathtaking master suite with two offices, three well-proportioned dressing rooms and two master baths.

The upper floor is currently designed as four bedrooms with charming arched casement windows, three bathrooms plus very large laundry room, more storage and a gym/yoga studio. This floor can easily be reimagined as six bedrooms or various other room arrangements to accommodate the next homeowner’s needs.

The Mrs. Armory S. Carhart mansion was completed in1916 and designated a New York City landmark in 1974, the Commissioner described it as “one of the finest examples” in New York City of 18th Century French Classicism. Horace Trumbauer was one of the pre-eminent architectural masters at that time, counting The Duke Mansion as well as Harvard’s Widener Library among his many achievements. He is perhaps best known for interpreting French classism with perfect accuracy and the Carhart Mansion is arguably his most distinguished NYC townhouse. The Carhart Mansion has received additional recognition for its architecture, receiving the international Palladio Award for Classical Architecture in 2007, and the Carnegie Hill Neighbors Association Enrichment Award for contributing to the neighborhood’s architecture.

Residents enjoy the joys of townhouse living within a full service white glove building. Condominium flexibility welcomes all buyers and with Central Park at your doorstep, pets are especially pleased to live here as well. 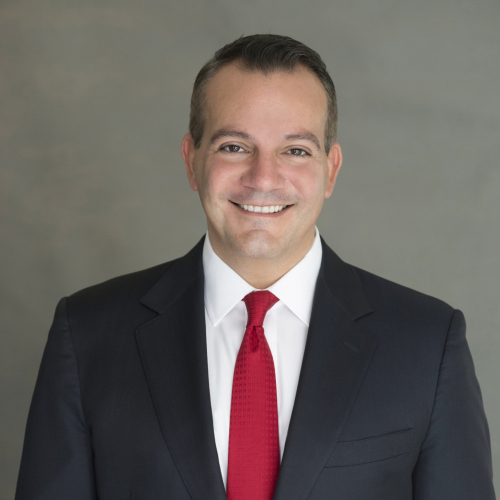 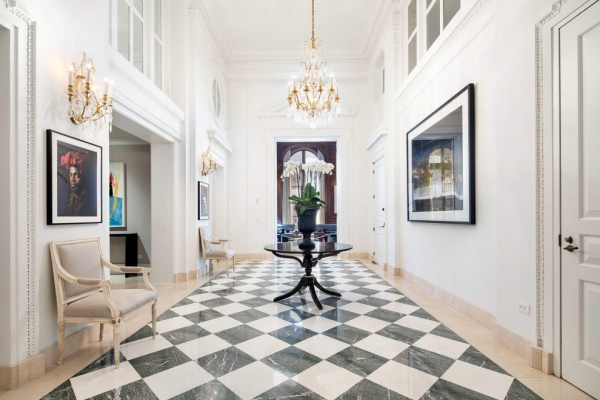 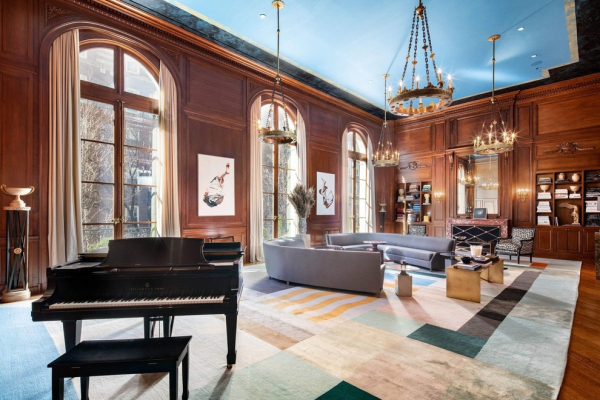 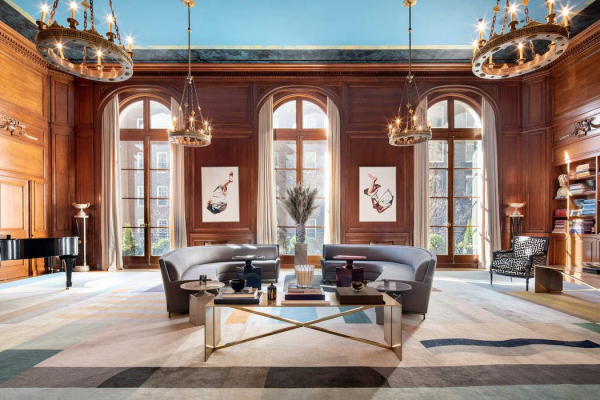 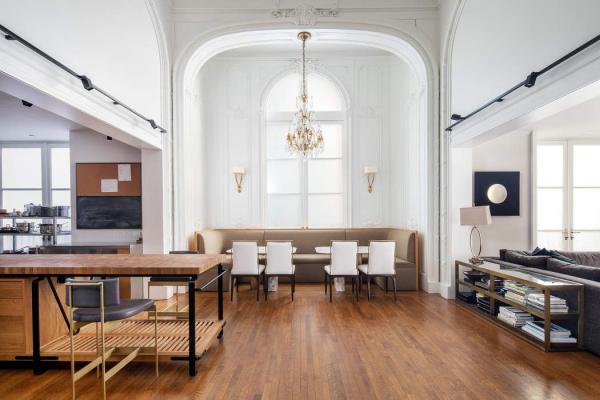 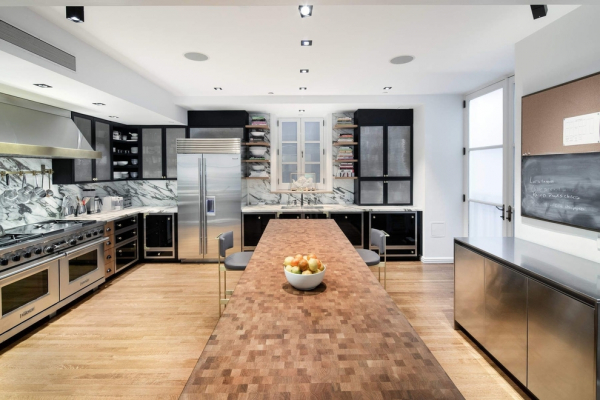 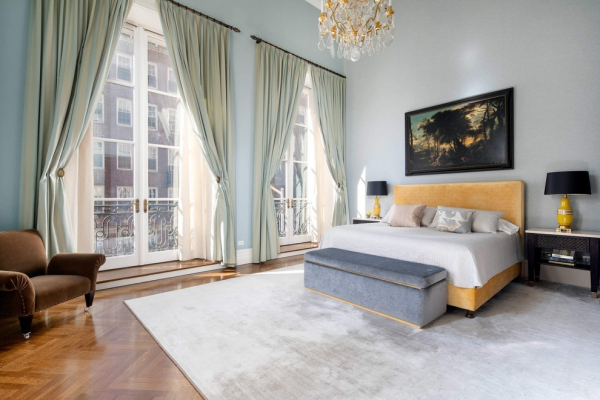 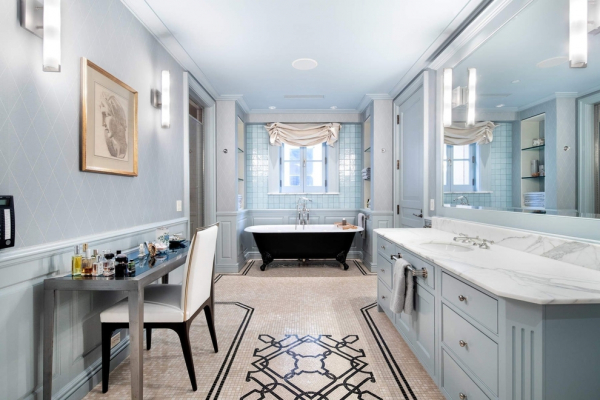 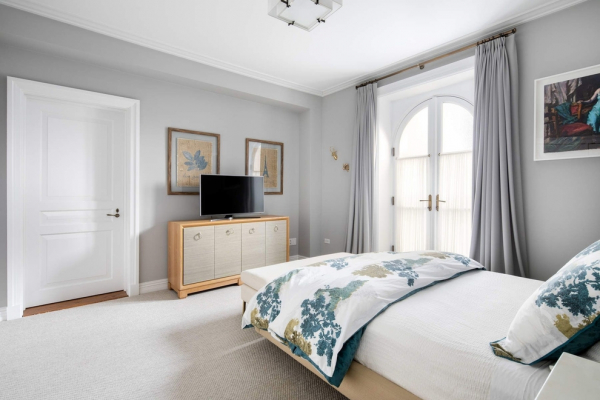 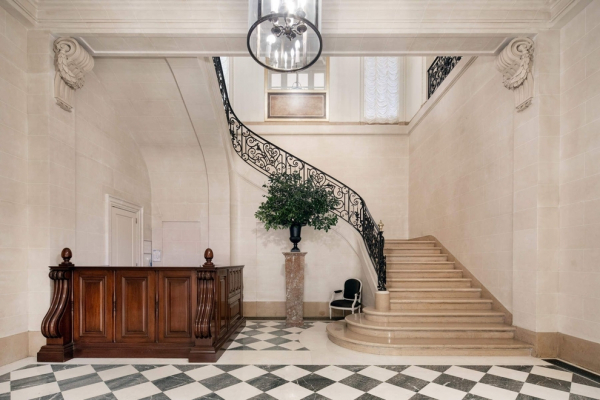 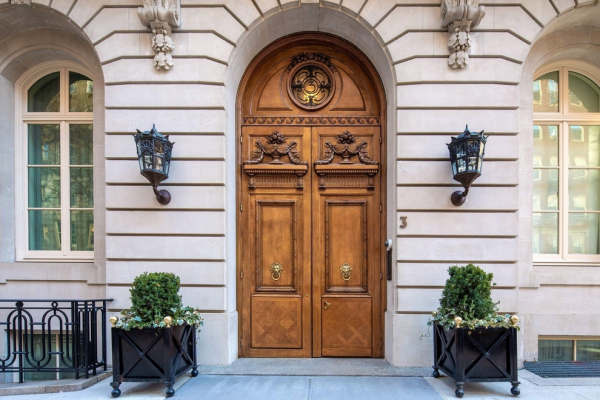