Hurricanes lrma and Maria destroyed Katitche Point Greathouse in September 2017, the luxury small estate that was built in 1999. lt was elevated above a rocky outcrop above the ocean, surrounded by three nearly deserted white sandy beaches, a rare oceanfront estate with captivating architectural lines overlooking the Sir Francis Drake Channel in Virgin Gorda.

lt is truly a once-in-a-lifetime-location, still by far the best building-spot in the British Virgin lslands, one of the most beautiful places in the Caribbean.

Katitche Point Greathouse was a member of the Small Luxury Hotels of the World since 2006. It was the winner of the 2006 World Travel Award in the category British Virgin lslands Leading Villa and it was featured in Conde Nast Johansens Luxury Hotels & Spas Guide since 2012.

Since September 2017 the building site has been demolished and cleaned. The horizon pool and the steel structure of the Greathouse still remain totally intact. A new topographical survey of the 0.936 acres of land has been conducted by Christine Ferreira of Myriad, Road Town, Tortola.

The German structural engineer Martin Mohnke (Mohnke Hoess Bauingenieure) did extensive research on site and drew up a complete plan of all building phases ever constructed on the site over time.

In July 2018 he produced a comprehensive set of plans for the construction of all structural relevant parts of the newly planned apartments according to the highest European/German construction disaster regulations.

In May 2018 the Geotechnical Engineers Company Jaca & Sierra, San Juan, Puerto Rico concluded a Geotechnical Assessment of Katitche Point Greathouse and produced recommendations for some slope stability reinforcement and further protection against erosion.

A "Wind Tunnel Testing -Wind Load Survey11 was conducted by the German Prof. Dipl.-Ing. Juergen Wacker (Wacker Ingenieure) in June 2018, producing a wind climate study and determination of impact of topography on design wind speed, a structural wind load study and a component and cladding wind load study for the design of the new apartments.

Situated on the west side of Virgin Gorda on a rocky outcrop directly above the sea, between Mahoe Bay and Pond Bay, the site offers breathtaking ocean views over the Sir Francis Drake Channel, you can see the Atlantic as well as the Caribbean Sea.

The site is not just a fantastic - it is one of a kind - piece of real estate; it is an established company for over 12 years.

When acquiring land in the BVI you normally have to apply for an Alien Landholding License, which can take up to a year to obtain one. In our case KPG is a Ltd. share holding company, where we just sell the shares to you, the buyer. A much faster and easier process for any potential purchaser.

The location of the land is simply stunning and not reproducible. Some call it the best spot in the Caribbean. Virgin Gorda has established itself as the new "hideaway" for the top of elite travelers.

Sir Richard Branson, the famous owner of Necker Island bought Mosquito Island, to establish an ecofriendly resort. David Johnson is the mastermind behind Oil Nut Bay. The Aga Khan has moved his clientele from Sardinia, Italy to the BVI and was instrumental in building the mega yacht harbor in North Sound on Virgin Gorda, which is attracting the mega yacht community.

Virgin Gorda still has no Star Bucks, McDonalds nor cheap night clubs. The tourist crowds stay on Tortola. Travelers, who choose Virgin Gorda make a conscious decision for tranquility, pristine blue waters, the best white sand beaches in the Caribbean and total peace. There is hardly any crime on the island, no religious or ethnic unrest. The people are very friendly.

Many film, sport and music celebrities have a home in the BVI. Not to showcase themselves, but to find peace and live the unobstructed life on islander.

Real estate prices are on the rise again in Virgin Gorda. However all the top spots are sold and land is scarce, of course, on this small island.

Land-prices have increased steadily since 1998. Investments in infrastructure pay off for one of the most beautiful islands in the whole Caribbean (Caribbean Travel & Life).

Affluent islands in the Caribbean, like the British Virgin Islands will become the prime market for upscale luxury tourism in the world many investors say. Yet the developments on the islands are very controlled. An investor needs an "Alien Landholding Licence" and then the investor needs to obtain a "Trade Licence" to manage a hotel or a private villa. All applicants go through an intense approval process before they can do any business in the BVI. There is little short term speculation, no fast and cheap residential and commercial real estate developments and no cheap tourism of any kind in the BVI.

The islands are untouched by political, social or religious unrest. Hence they have become a holiday heaven for many US-travelers. It has been an international favourite for sailing and motor-boating activities for many years. Recently the mega-yachts have arrived and a new and suitable harbour has been build across from the Bitter End Yacht Club.

In general, the tourist market in the BVI is in the brackets of top income customers, who are well travelled, accustomed to luxury and highest levels of service. Moreover, the trend goes to individual holiday arrangements, to living in perfectly serviced private villas, which could indeed be the very homes of the customers.

For the moment the German owners of the land Regine and Dr. Christian Hodeige, the hoteliers who formerly run Katitche Point Greathouse have put the project Rebuilding11 on hold. They own two other pieces of luxury property on Virgin Gorda, Salt Spring Villa and Red Rock Villa & Spa
(www.redrockvilla.com).

They have both just turned 60 years of age, they have no heirs. They are reorganizing their professional live in Germany, planning to retire from their present engagements.

They are eventually looking for possible partners or for new owners for Katitche Point Residences11.

Katitche Point Greathouse has its own Trade Licence (R2-154) for the last 20 years.

Please phone Peter Stone, Managing Director of Real Estate of Distinction for further details and to arrange an inspection at your convenience. 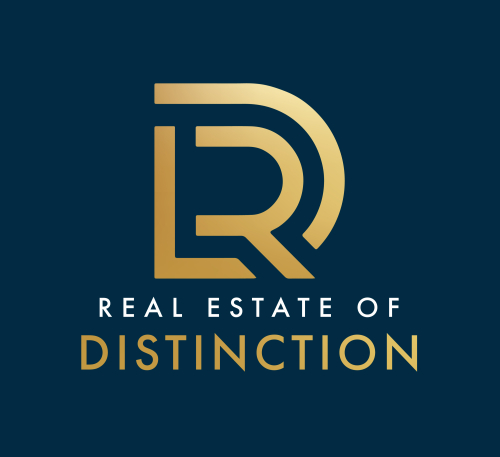