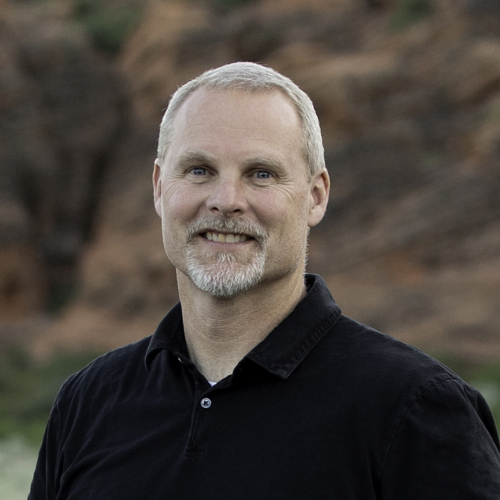 Kerry Oman is recognized as one of the most successful luxury real estate agents along the Wasatch Front. He has sold some of the most expensive homes outside of the Park City area, including a record-setting sale in Provo Canyon that was listed for $14,900,000 and one in Holladay that was listed for $8,200,000. He has a track record of consistently closing properties priced over a million dollars. Kerry specializes in selling luxury homes along the Wasatch Front in Utah and Salt Lake County, and in the Park City area.

Kerry is a native of the Springville and Mapleton, Utah communities. After graduating from high school, he served a mission for the LDS Church in London, England. Upon returning home, and after a season of playing football at BYU and marrying his wife Dianne, Kerry decided to focus on academics, while also starting a career in real estate in 1994.

Academics soon won out, as Kerry developed a love for history, particularly the history of the American West and the American Indians. This love took him to graduate school at Brigham Young University and later Southern Methodist University in Dallas, Texas, where he earned his PhD. From 2000-2004, Kerry served as a consultant for the Oneida Indians of New York and for two law firms in New York City and Washington, D.C., regarding litigation over Indian land claims issues.

In 2005, after teaching for two years at the University of Utah, Kerry decided to return to real estate. Since that time, he has not only experienced tremendous success, but he has formed lasting relationships with his clients who have come to Utah from across the United States and overseas. For a number of years he ran his own company and in 2013 he made the decision to join Summit Sotheby's International Realty where he has become one of the company's top producing agents.

Kerry has four children and enjoys everything about them. He is an award-winning author, having published articles on early American exploration, the mountain men, and American Indian history. He also loves sports and landscape photography. In his spare time, he can often be found hiking around the mountains of Utah with his camera.

Kerry sold our home in Spanish Fork for us, getting more than we thought the house was worth. He also bought our lot for us securing that deal for more than ten thousand less than the deal I was planning on doing directly with the developer. I was concerned that the house we were selling was not in the same league as the typical high-end properties that Kerry typically deals in, however, we still got what felt like the VIP treatment and the house got sold quickly and for a great price as I mentioned.

I have purchased and sold several homes with a number of agents. Kerry is easily the best agent I have ever worked with. He's certainly the only agent I know with a Ph.D. He works hard, follows through on what he says he'll do, and is incredibly knowledgeable about the area and the entire process. He is scrupulously honest, and I have come to really trust his advice. We have purchased one home and sold two homes using his services. We will use him again.

Kerry excelled in every way as my realtor. I have been involved in many real estate transactions throughout my life and Kerry was hands down the best ever. He went above and beyond in every way and this was not an easy transaction, it was a very difficult short sale. I am positive that if Kerry wouldn't have been my realtor, I would not have ended up getting the property I wanted so badly. There isn't anyone more knowledgeable or dedicated in the business. He is a true professional and a great negotiator, with all the extra’s like; being an honest, kind, caring, and compassionate person. I know this all sounds too good to be true, but Kerry is evidence that humanity still exists. I promise you won’t be disappointed.

I have worked with many agents over the years. Kerry is awesome! He has sold 4 properties in the last few years. I never thought they would sell but somehow Kerry worked his magic. He was very patient and just great to deal with. I truly believe he is the most honest Real Estate agent in Park City.

Kerry Oman was a wonderful help to us. He is professional and knows what he is doing. He helped us through all of our ups and downs of selling and was responsive and quick when it came to his part of the process. I felt comfortable knowing that he was there with us throughout the selling process and will most definitely use him again as our agent if the need arises. I never once had any doubts as to whether or not he had our best interest in mind.

Kerry Oman has done a marvelous job helping us to sell two properties. He's an outstanding real estate professional with valuable expertise. He's very prompt, thorough, knowledgeable, and pleasant to work with. I highly recommend him.

I have known Kerry Oman for many years, and have had close to a dozen real estate transactions where he has acted as my agent. Kerry’s integrity, attention to detail, and responsiveness are unparalleled. Kerry’s professional experience makes any transaction easier. I would recommend him, on a personal and professional level, to anyone.

Have you worked with Kerry Oman before and want to write a testimonial on their behalf?