Faith Wilson is a residential REALTOR® with over 25 years of experience and is a top-performing member of the real estate board’s Diamond Master Medallion Club. In 2016 Faith Wilson inducted as a Lifetime Member of the Medallion Club, by the Real Estate Board of Greater Vancouver. Proof of dedication to the industry, this honour is earned by Realtors® who perform in the top 10% of all REBGV Realtors® for at least twenty years. She is currently the principal of Faith Wilson Realty Group|Christie's International Real Estate.

Faith began her career in 1993, becoming one of the Top REALTORS® in a local Vancouver office. She soon aligned herself with the #1 national real estate brand, where she continued to refine her talent and the results soon followed. She became the brokerage’s TOP REALTOR® 3 years in a row, the very first woman to accomplish this, earning national recognition by the franchise. During these early years, Faith made a commitment to investing in the development of her personal brand and innovative real estate marketing techniques—Faith moves houses® was born.

Building on these achievements, Faith began the journey towards building her own brokerage. “I had a different service philosophy from other agents in my office,” she remembers. “I wanted to fulfil my vision for what it means to truly deliver service and value in the real estate buying and selling processes.” Faith decided to take the next logical step and developed her own brokerage, now called The Faith Wilson Group.

The new firm gave Faith license to bring to fruition her philosophy on how to truly deliver client-first customer service in real estate. She created a supporting team with specialized roles to improve overall service and client communications, became an early adopter of sophisticated online marketing techniques to better market her client’s listings, and carved her niche as a local expert in Vancouver’s competitive Westside market, an area she knows and loves.

The support of her new team also allowed Faith to better focus her time on personally understanding the needs of every buyer and seller who works with Faith Wilson Group. More accolades soon followed, as Faith became an awarded member of the Diamond Master Medallion Club, recognizing her as a Top Vancouver REALTOR® for 20 consecutive years.

2012 was a defining year for Faith Wilson Group, as signaled by the team’s publication of their 360° Performance Promise—a 10-point commitment to keep clients informed at all stages of the buying and selling process and to utilize cutting-edge marketing techniques. No other brokerage has published such a promise. The team consistently delivers on this promise and in years following it has resulted in several achievements that Faith is extremely proud of:

Based on an impartial, third-party survey of more than 45,000 homeowners in Greater Vancouver, Faith was honoured as a 2013 Five Star Real Estate Agent—awarded to only a handful of Vancouver Westside REALTORS®

Faith Wilson Group successfully completed 816 real estate transactions on behalf of their clients in the past 5 years.

As a 3rd generation Vancouverite, Faith loves the history of Vancouver and enjoys the family stories of how the Lower Mainland has evolved over time. She spends her free time exploring Vancouver’s miles of beaches and parks, particularly Spanish Banks and Pacific Spirit Park. She loves running with friends, especially her Giant Schnauzer, Carrie, and feels lucky to have Vancouver’s incredible green space so close by. Faith lives on the Westside with her husband. 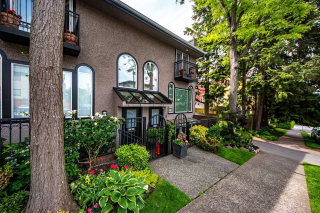 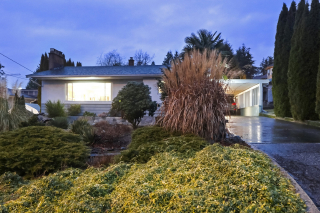