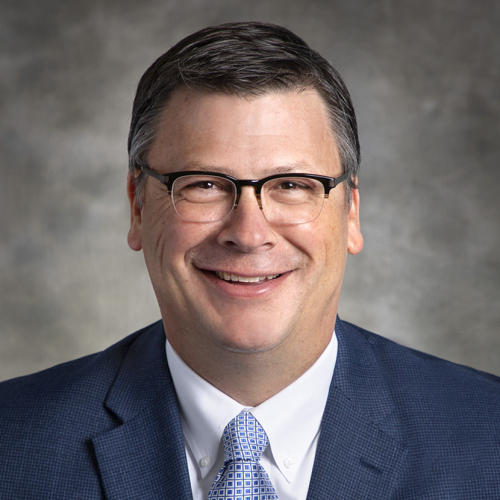 When it comes to selling Utah, there is only one Great Scott. There are only a few brokers who know Salt Lake City and Park City in and out, and Scott is one of them. Each area has its own “niches” and neighborhoods. Knowing each neighborhoods “niche” and which ones offers more return in value, is a key with any Real Estate transaction.

Scott is consistently a Top Producer for Summit Sotheby’s International Realty selling 40 to 50 homes a year. He credits his accomplishments from his strong work ethic, extensive market knowledge and strong negotiation skills. He is backed by the Iconic Sotheby’s brand and a world class marketing department which will “knock your socks off”. No one markets better than Scott and Summit Sotheby’s…No one!

Originally from Jacksonville, Florida where he discovered his love of the ocean and surfing. He has moved 17 times in his life with his US Navy parents. He graduated from Centre College in Danville, Kentucky with a double major in History and Government. After graduation, he headed west and discovered the mountains and skiing. He worked in hospitality management at world class ski resorts like Sun Valley, ID, Sundance UT, and Solitude Mountain Resort. During this phase, that he developed the necessary skills for exceeding customers’ expectations. After 10 years, of serving guests, he decided to take his services to the Real Estate world.

In 2003, he joined Coldwell Banker and quickly became a top producing agent and was ranked in the top 2% nationally. Scott continues to receive Top Tier 1 sales awards with Summit Sothebys’ and is a consistent leader in the office and
his profession. Scott was the Salt Lake Board of Realtors President in 2019 where he oversaw the Association and 9200 of its members.

Scott is a true advocate for the Realtor name and profession. He sees and knows the power of home ownership and how real estate can create tremendous wealth. He prides himself on his negotiation skills, contract knowledge and multiple years of expertise. He loves the art of the close and never leaves money on the table.

When not selling real estate, you can find Scott on the river with a fly rod, skiing the Greatest Snow on Earth, hiking the amazing trails or riding his Harley Davidson. Scott and DeAnna have 4 amazing children (Tazia, Taylor, Sydney
and Berkeley) and multiple grand children.

Our family was due to relocate to Salt Lake for my husband's work and we connected with Scott....He was great right from the start! He sent me links to info about the area, we talked for almost an hour about what my family was looking for and our situation, etc. My husband made a trip out to Utah ahead of time to look at areas and Scott dedicated half his week to showing my husband around Salt Lake area so we could narrow our search. All in all, Scott is a great guy with a genuine care for people and that is what makes him such a great realtor!

Scott helped me relocate from out of state. I could not have had a smoother experience. He responded to every question within a few hours. He ensured my interests were primary throughout the transaction. Most importantly, he listened to what I wanted. He picked up on my style and preferences very quickly. I was delighted that every home he showed me was one that suited what I was looking for. He gave me honest feedback and always supported what I needed. On top of everything, I asked a dozen questions about experts in the area because I was new. He could pull out his phone and forward me a contact within minutes. Buyers need a realtor they know they can trust. Scott is absolutely that person!

We feel super fortunate to have gotten a referral to Scott! Having sold our place outside of Seattle in record time, we needed to locate something we liked ASAP. Scott was super responsive, and deeply knowledgeable of the local market. Very much appreciated his approach to showing us the various parts of the city and surrounding area so we could make sure we knew the area we wanted to purchase within, then looked at a number of targeted places. His advice throughout the process and especially as we negotiated a closing was invaluable. We would highly recommend Scott to anyone looking to buy/sell in the area!

Our experience with Scott was exceptional from start to finish. We always felt like a top priority and had his full attention whether asking questions, discussing strategy, or simply checking in. Scott also impressed us with his grasp on the process as well as his ability to explain the more complicated aspects in a simple yet thorough way. We would highly recommend Scott to anyone looking to buy/sell in the Salt Lake County area.

Scott is amazing! He worked with us for almost 9 months trying to find the perfect place for our first home. He is always willing to help out with anything you need throughout the entire process. I will definitely be a loyal Scottsman moving forward and have already recommended him to others looking to buy/sell!

Scott is by far the best realtor out there. I was originally working with a relative of mine and had a bit of a rough experience. As soon as I was referred to Scott everything got so much easier. This was my first home purchase and he made it a breeze. Despite looking for 6 months and during a pandemic he was persistent sending me homes and taking me to look at them. Pointing out things he saw good or bad. He has an incredible amount of knowledge and can answer any questions you can possibly come up with. When it came to closing he made it quick and easy. Gave me suggestions on what to offer and negotiated so that not only would I get the house is the crazy market but for a great price as well. I definitely will be recommending Scott to all my friends and family.

Scott came highly recommended to us by a very close friend, and we couldn't have been happier with his expertise in and guidance through the home-buying process. He listened to our desires and showed us every home we wanted to see (even the crazy homes) and those that he had picked for us. We ended up with our dream home that, although not right for everyone, is perfect for us and our style. And not only that, Scott was able to (and continues to) recommend to us trustworthy and reliable contractors, architects, handymen, structural engineers, you name it. Scott knows everything there is to know about homes in the Salt Lake area, and is well-connected and respected in the industry. His reputation, rapport with the seller's agent and negotiation skills landed us our home, which likely would not have happened otherwise given the rather difficult sellers. I would use Scott again in a heartbeat and have already recommended him to friends who have likewise had a great experience with Scott. I can't say enough about the guy. He is a fantastic real estate agent

Scott was the best from start to finish. He listened to understand what we were looking for and guided us to a great home purchase. He went above and beyond by helping us get started as new landlords and get connected to great folks to help with some repairs and such. My husband have been involved in several recent home sales and purchases and Scott stands out as a talented professional. Highly recommend

Being new to the Salt Lake Area we were very lucky to have Scott as our realtor. Through every step of the process, Scott made himself available to answer any questions and always kept us informed on all of the important details. We were very impressed with his high level of customer service and would highly recommend him to anyone looking to buy or sell a home.

Everyone knows a good realtor, but I'm not sure if everyone can point to specific examples where that realtor saved them time, money or unnecessary stress. Throughout this process, on multiple occasions, Scott earned his commission in very tangible ways. For example:

- Understanding that the home we ultimately purchased was underpriced, and would sell quickly. He advised us to write an offer ASAP, and to write it for more than the asking price. This seemed crazy, but after losing out on another home (by not following his advice), we listened and wrote an offer for $8k over asking. By the next morning, the home had three additional full price offers, and by being in at slightly over asking, we were able to get the home under contract and avoid a "everyone make your final and best offer" situation that could have seen the home ultimately priced $20k-$30k over what we got it for. The home easily appraised at the higher price, and his quick thinking saved us money.

Scott also has a wide network of local experts in the inspection, appraisal and contracting fields who were able to assist us in very important ways. He connected us with an inspector with specific expertise that allowed us to identify a potential DISASTER in a home we had under contract prior to the home we ultimately purchased. His connections, and understanding of potential pitfalls, allowed us to avoid a situation that would have proven to be very costly.

Lastly, I would say that the greater Salt Lake City real estate market has turned into a tricky place to find a home. Inventory is tight, a lot of the stock is aging, the number of bad remodels is astounding, and decisions have to be made quickly to avoid missing out. All of these things require you to hire someone who knows the market, understands human nature when it comes to buying/selling a home, and who has a network of experts who can help protect you.

You should be buying more than someone who pushes paper when choosing a realtor. If their clients can't point to specific ways they helped save money, or make money, find someone else. Scott is this guy

Scott Robbins recently helped us with the sale of our home. We had an urgent unplanned move out of state for work. Scott not only created a very professional package to sell our home but also provided much needed help on the coordination of selling a home in one state and buying a home in another state in the same week. Our home sold in less than 24 hours. His research of the market and his instincts enabled him to create a strategy that worked. His knowledge of the entire spectrum of buying and selling property helped us coordinate all of the many activities surrounding both real estate transactions and moving coordination. All things had to line up perfectly in order for this to work. There were 4 separate families impacted by all of these events. There were real estate transactions in Texas, Utah, and Florida. Scott not only represented us but served as a mentor and teacher to other realtors, lenders, and families. Scott is the consummate professional. He also exhibits genuine trust, integrity, and really cares about his customers. Scott is an asset to the industry. We recommend you seek him out and ask him to take care of you like he took care of us.

Have you worked with Scott Robbins before and want to write a testimonial on their behalf?