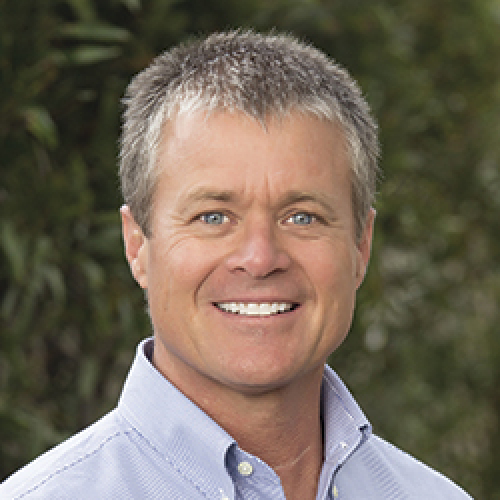 Mark Ryan has a deep love of Carmel-by-the-Sea and the Monterey Peninsula. His family's roots in the area go back to the 1930s when his grand parents split time between Fresno, where they farmed, and Carmel. Mark's father attended Sunset School in downtown Carmel-by-the-Sea, currently home to the fabulous Sunset Theater, a world-class performing arts venue..

His parents, Mayo and Karlene, smitten by the area since childhood purchased their first vacation house in Carmel in 1967, where the family spent all their summers. Mark also lived with his parents in Pebble Beach in the 1980s.

Mark has a rich academic and professional background. He has a B. S. degree in Business from CSU Fresno. He attended Menlo College for undergraduate studies where he played division 3 soccer. He was voted All-American by the National Soccer Coaches Association and voted Most Inspirational Player both years.

In the early 1990's he joined his father and brother in the family's return to agriculture, farming 3,200 acres of diversified row crops located on the west side of Fresno County. Farming is the most demanding career imaginable requiring broad management skills in planning, finance, personnel relations and as well as the demanding tasks of keeping a fleet of farm equipment running in good order. Mark bought this broad background with him to the real estate business.

Mark's initial entrance into the business was as a licensed appraiser. He and his family moved from Fresno to Pebble Beach in 2003 and subsequently moved to Pacific Grove where they resided for 10 years. Mark initiated his appraisal career by appraising residential properties far and wide in Monterey County, from the affluent coast to the farming centers of the Salinas Valley.

Mark earned his real estate sales license and became a Realtor in 2004. He immediately joined forces with Paul & Nellie Brocchini at Coldwell Banker Del Monte Realty in the Carmel-by-the-Sea office and got off a rip-roaring start becoming one of the top agents in the company's premier office.

Besides working with many buyers and sellers he found time to develop close relations with key local lenders, mortgage companies and local real estate brokers.

Mark and his wife Kimberly currently own a house in Pebble Beach where they reside with their three children.

Have you worked with Mark Ryan before and want to write a testimonial on their behalf?