Founder and Leader of The MG Group 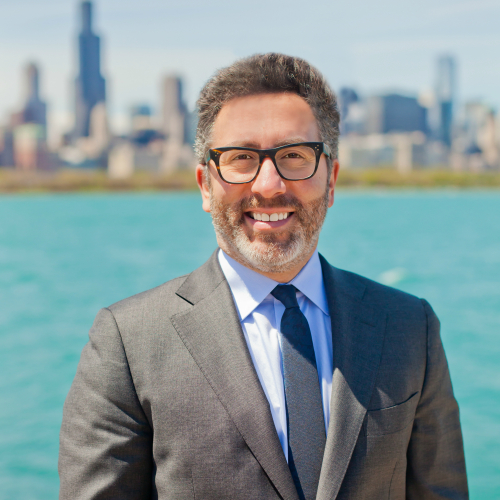 Born and raised in Chicago, Mario Greco came to real estate by way of engineering and law. He graduated with honors from both Northwestern University (with degrees in Chemical Engineering and Environmental Engineering) and Boston University School of Law. He practiced law for several years at Jones Day and Kirkland & Ellis in Chicago in their Intellectual Property Litigation departments. While practicing law full time, he started his own real estate brokerage firm and sold an average of $9M worth of real estate a year on a part-time basis. Since then, Mario’s business has grown significantly while partnering with companies such as Century 21 Sussex & Reilly, Prudential Rubloff Properties and now BERKSHIRE HATHAWAY HomeServices Chicago.

Throughout his career, Mario has consistently proven to be a top producer. He has been recognized as being in the top 1% of Chicago Realtors® every year since he started selling real estate in 2002, and his total sales have already amounted to over $1.5 BILLION. Mario has been ranked Top 50 in the Nation every year by The Wall Street Journal since 2011. And he has been the city’s top producer in key neighborhoods over the years such as Lincoln Park, Lakeview, Andersonville, Wrigleyville, Irving Park, Avondale, Sheridan Park, Uptown, Ravenswood, Old Irving Park, Roscoe Village, St. Ben’s and North Center.

As the founder and leader of The MG Group at BERKSHIRE HATHAWAY HomeServices Chicago, Mario oversees all pricing strategy, marketing plans and buyer/seller negotiations for all Group clients, and ensures that the Group operates with market-leading expertise and optimum efficiency. He is proud of The MG Group’s widespread recognition for their unique ability to deliver both speed and value to their clients throughout every real estate transaction.

Mario and The MG Group,
You were the second Realtor we engaged during our quest to sell our Lincoln Park home – how we wish you had been our first! Despite a difficult market, you were able to complete the sale of our home and we are grateful for all your efforts. We are sure that having an absentee seller made your task more complicated and we appreciate the support we could rely on to stage, sell, move and close. Anyone who works with you should trust that The MG Group is a strong team of professionals who will do everything necessary to ensure a successful outcome for both the Seller and the Buyer. Best wishes for your future success.

We are so happy we decided to go with John and The MG Group. Our home was only listed 2 days before our first offer came in. Besides the quick sale, I was most impressed with our very first meeting. I was very interested in the marketing plan to get our home sold, and the plan that was presented was nothing short of perfect. Their plan covered all the bases I could think of. I knew that this was serious business to them and that we were in great hands. Communication was also quick and informative. After each showing, I knew exactly how it went within a few hours, I never waited or felt left out or in the dark about anything. Selling a home is a big deal and they made us feel comfortable and confident throughout the process. We are very grateful and would 100% use The MG Group again!

I was introduced to The MG Group via HomeLight.com. After interviewing a handful of realtors, both from acquaintance recommendations and HomeLight, I decided that John from The MG Group was the best fit for my particular needs. I was selling a 2-flat and had all the concerns that came along with the sale. Do I market to real estate investors? Do I target buyers that are looking to have a tenant to support their mortgage? Can we present it as a “convert back to a single-family” home? Two-flats and smaller multi-units are nothing out of the ordinary in Chicago’s near Northwest-side, however, my building was closer to the burbs in an area that was predominantly single-family homes. I felt that my realtor needed to be able to understand my particular situation to help make this sale successful. My initial meeting with John addressed most of my questions and provided me with guidance that I felt comfortable accepting. After a brief conversation, I felt that he knew the area where I had grown up about as well as I did, and certainly much better from a real estate perspective. John’s recommendations on what type of property enhancements were needed, pricing, and market timing all worked out perfectly. Along with the full support of the entire MG Group staff, at no point in time did I feel like something was not being handled or taking longer than it should. Due to The MG Group’s teamwork and market knowledge, I truly feel that I was able to sell my property in a tight timeframe while maximizing my profit. I have zero inhibitions with recommending The MG Group, especially John Dasdelen, and plan on reaching out to them in the near future as my family looks to up-sizing our home.

This was my fifth transaction with the MG Group—or as my husband and I now refer to Mario and Haakon—the dream team. We embarked on a total gut rehab in late 2017 that, as often happens with construction, took much longer than expected. However, there is no doubt that the deal would not have gone through without Haakon running point and shepherding all of the actors involved. The MG Group guided us from our initial offer through close with probably—no exaggeration here—a million emails, calls, and meetings with the sellers in between. I am confident we could not have obtained our dream home without the MG group. The support offered from the entire team, including immediate feedback after showings, input regarding the construction process, recommendations for inspectors and the occasional therapy session, was remarkable. There is absolutely no better team to seek when buying or selling your next property. Mario, Haakon—thank you! It has truly been a pleasure.

I would highly recommend Alice Jordan and the entire MG Group, as they were great to work with during my home selling process. While the market was softening a bit during the time I went to list (Fall 2018), we still went under contract to sell within two weeks of listing and at a sale price that was at the top end of my desired range.

As an admittedly demanding client at times, Alice and The MG Group still managed to go over and above what I considered great representation as a seller’s broker, were responsive at all times (including nights and weekends), met with third party vendors when I was unavailable to do so, aided in the decision-making process for renovations, and were very positive and upbeat throughout the entire process.

In general, Alice’s knowledge of the market, the thought/negotiation process on both the buying and selling sides (I used her for both), and respectful candor offered me both peace of mind and comfort that I always had someone on my side. I’m happy to consider her not just my realtor, but a friend as well!

Have you worked with Mario Greco before and want to write a testimonial on their behalf? 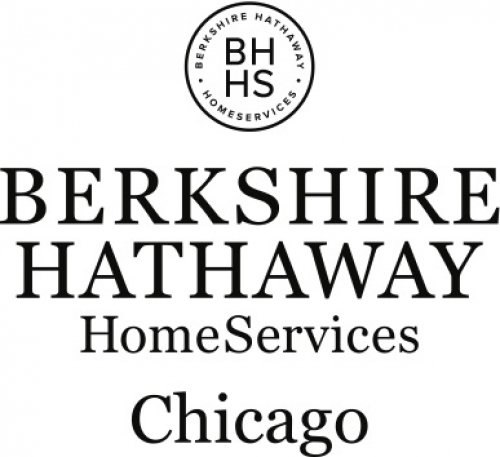