Beacham appeared to defy the odds because preliminary closing numbers for the entire Atlanta MLS showed the market down 16.8% in April vs. April 2017. The final numbers for the market should improve since some brokerages are slow to report sales, but continued contraction of housing inventory should keep the percentage in the red. Closings of homes for $1 million or more were down even more than for all price ranges at 18.9%. Beacham once again sold more homes in the $1 million-plus price range in Buckhead than any other firm including those with thousands of agents. 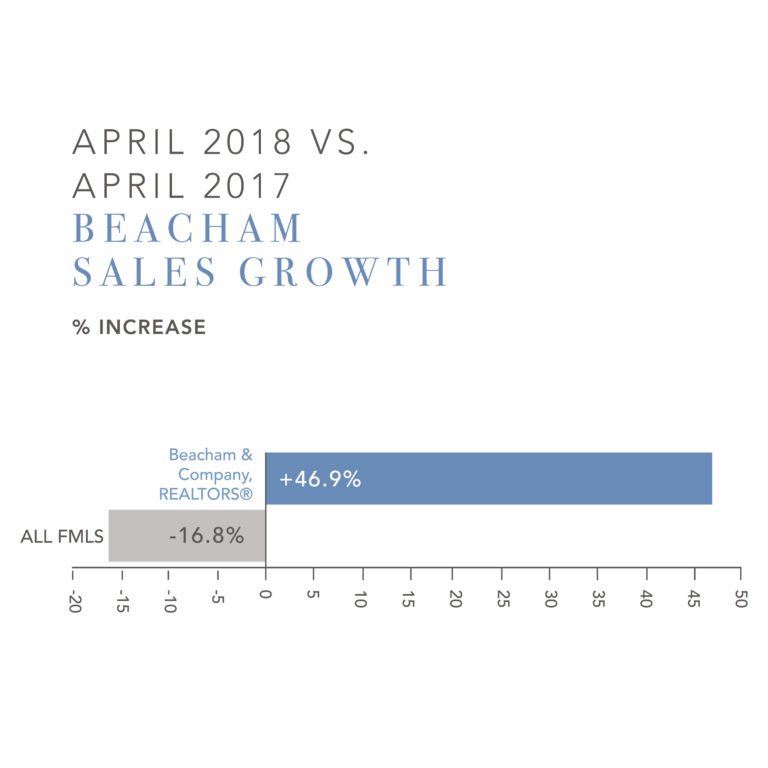 Reasons for Beacham’s ability to buck overall market trends were numerous. The firm released a new website in March which led to an unprecedented surge in digital activity. Additionally, Beacham released it’s latest issue of The Beacham Series magazine in early April which generated more positive reviews and new business than any previous edition. Other recent new initiatives such as the firm’s Beacham 360 approach to marketing listings as well as collaborative internal support for agents to best position listings and to win multiple offer situations made a huge difference as well.

Beacham’s April sales were particularly strong in Buckhead and inside the I-285 Perimeter. Overall, MLS areas where sales were up in April included the Atlanta Westside, Midtown, East Cobb and Historic Vinings. The market remained hard to encapsulate however, as some homes received multiple offers and others lingered on the market.