ATLANTA, GA - Dustin Kimberley has risen very quickly in the residential real estate business to become one of Atlanta’s top producing Realtors. Since he started in 2014, he sold more than $30 million in real estate and was named one of the city’s ‘Top Five Up-and-Coming Realtors’ by The Atlantan magazine. 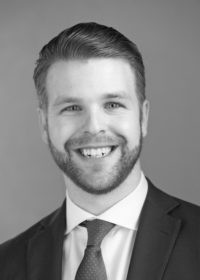 Dustin is a fifth generation Atlantan who comes from a family of successful salespeople. He played college baseball at Reinhardt College before being transferred to Georgia State University where he was a member of Kappa Sigma fraternity. He graduated with a degree in Sociology which featured an emphasis on consumer behavior patterns.

In 2016 he started his own team which now includes his brother Shawn, the lead buyer’s agent, and his fiancé Christie Miller, who is also a buyer’s agent and the team manager. Dustin has an assistant Lauren, who left one of Atlanta’s most well-known real estate agents to work for Team Kimberley.

Dustin is a goal-oriented person who was inspired by the book, “The Magic of Thinking Big” by David Schwartz and “The Essence of Success” by Earl Nightingale. His work ethic is unparalleled and his energy is infectious to clients. He lives in the Virginia Highlands area of Atlanta. He and Christie enjoy travelling in their free time.

Dustin and Christie have two dogs; Wynn, an English Setter, and Wade, a Chocolate Lab.