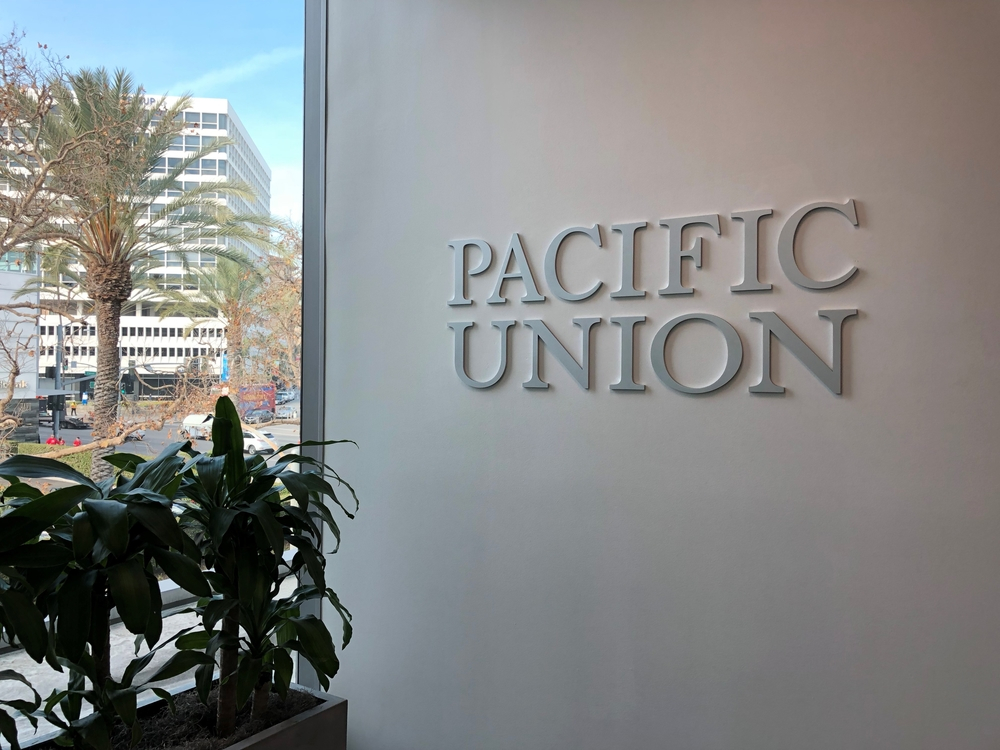 “Pacific Union’s launch in Los Angeles is a truly historic move that unites L.A.’s most esteemed and highest-producing real estate professionals under one name with best-in-class technology, marketing, data and research,” Segal says. “This dream team of 900 real estate professionals sharing core values and a commitment to teamwork, trust and innovation will provide the absolute best client experience possible. And we now all proudly share the same company name, Pacific Union International.”

“In the fourth quarter of 2015, Pacific Union established its Vision 2020 to expand beyond the San Francisco Bay Area,” Pacific Union CEO Mark A. McLaughlin says. “Our offering in mergers and acquisitions is based on a shared value system, deep investments in technology, a core principle of managing to the top and developing programs, tools and resources for our finest professionals. When top performers embrace those programs, tools and resources, our entire organization gets a lift. The fact that three firms with shared cultures also believed in our Vision 2020 will have an unprecedented impact on the Southern California real estate market. As Nick says, ‘watch what we do next.’”

To initiate the brand’s introduction to the marketplace, Pacific Union is launching a $1 million integrated multimedia campaign titled “Watch What We Do Next” in early January. The launch will be seen across all media platforms including outdoor, print and digital, as well as the company’s own media platform, which generates more than one billion impressions annually. Debuting in tandem with the campaign, https://www.pacificunionla.com will showcase luxury real estate listings along with real-time market data by neighborhood and suggestive search.

To enhance Pacific Union’s international reach, the firm has launched 20 websites in leading languages around the world. Unlike most global real estate websites, Pacific Union sites use translators who are expert in each language to replace machine translation pages, giving listings the highest SEO rankings. An early leader in outreach to China, Pacific Union’s well established presence offers real estate professionals unparalleled exposure for their clients’ listings through a Chinese Concierge office in Beijing and a dedicated China website at www.pacificunion.cn.

Through its 2015 acquisition of The Mark Company, the nation’s leading sales and marketing firm for new urban luxury developments, Pacific Union expanded its brand to development projects from San Diego to Seattle.

To extend Pacific Union’s international reach, in 2013 the brokerage established an award-winning, Beijing-based China Concierge program that fully supports its Chinese investors on the mainland. Additionally, Pacific Union offers a full range of personal and commercial real estate services, including buying, selling and relocation in addition to operating joint-venture businesses that provide rental and commercial property management and insurance services. Locally owned, Pacific Union executes with a vision for the future, an entrepreneurial mindset and an unwavering commitment to deliver exceptional service and expertise. For more information, visit: www.pacificunion.com.