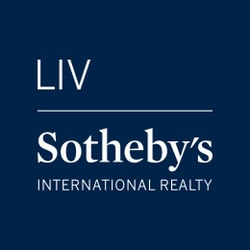 DENVER, CO - To better understand current events and gain an appreciation for what the future may hold, it is important to take a look into our housing market, past and present.

Nationally, a recession was becoming apparent and was in full swing by the 3rd quarter of 2008. Denver however, had a slow-to-moderate economic and real estate climate since 2002 and did not see the over-building and speculative investing taking place in cities like Miami, Phoenix and Las Vegas…bursting the bubble. Values in those metro areas plummeted 40% to 60% over a four-year period while Denver suffered a 5% to 25% loss of value, depending on the type of property. This was the worst economic recession our country had endured since the 1980s, when rates hit over 14% for a mortgage. Sharply rising prices was only one contributing factor to the recession (2008-2011). That economic bonfire was stoked primarily by subprime and loose documentation for mortgages. Credit worthiness did not always play a role. This recession was based largely on greed by financial institutions, offering loans starting at low rates that had lethal escalators that borrowers would not be able to afford within a few years. There were interest-only loans adding monthly principal repayment to the original amount borrowed, without paying down the loan with each payment. Borrowers put 0 – 5% down on a loan and within 5 years actually owed 105% (or more) above the purchase price, with interest rates rising, while prices got softer. Thousands of people jumped on the fix-and-flip bandwagon. In 2006, flipped homes accounted for nearly 9% of national sales. For a variety of reasons, in 2016 only 5% of all sales were flipped homes and that decline will continue. In many cities people put big money down on new construction developments with the intent of selling their contracts for profit by completion of construction. I visited Miami in 2008 and literally saw a couple dozen “see-through” buildings. These beautiful structures ultimately sat empty because people chose not to close on their contracts, couldn’t sell their contracts or get loans; giving up significant earnest money deposits. Many developers there, and across the country, were unable to complete construction of their buildings and homes. It took many years to clean up these messes.

By contrast, today’s real estate market is characterized by actual prudent lending and low for-sale inventory levels across the nation. In Denver, record high inventory levels were recorded near the beginning of the recession in 2007 eclipsing 29,000 available homes. Today, we fluctuate between 5,500 and 8,500 homes for sale.

So far this year, values in Denver increased (+/- 8%) above the national average of 6.1%, allowing the Mile-Hi city to remain in the top five cities for year-over-year price increases.

A major factor driving today’s housing market is the national unemployment rate riding a 17-year-low of 4.1%. In 30 of the 50 largest U.S. cities, unemployment is half that of 2010 levels. Denver’s economy continues to show strength as our unemployment rate hovers between 2.1% and 2.8%.

Employment figures related to millennials have been steadily improving over the last five years, and consequently make up 52% of current home shoppers, according to NAR.

And what about those Baby Boomers (53-71 years old)? They are working well past traditional retirement of 65, driven by either necessity or desire to continue working. This group represents about 25% of the full-time jobs, up from 11% just 25 years ago. Their current housing requirements include choosing to live closer to kids/grandkids and relocation to urban areas with walkable destinations, including restaurants, recreation, etc.

In October, Forbes magazine ranked Denver as the 10th “coolest city” in the US, ranking the top 100 cities, while Golden ranked as one of the “coolest suburbs” in the country.

Silverado Lodge Condo in the Heart of Canyons Village in Park City, Utah

Should I Buy A House With A Pool?