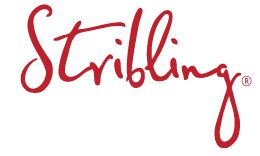 NEW YORK CITY, NY - Elizabeth Ann Stribling-Kivlan and Kirk Henckels of Stribling & Associates were quoted in a Forbes article titled Why Co-Ops May Be A Thing Of The Past. The article starts,

In New York, the co-op has long epitomized some of the most coveted addresses in the world. Park Avenue, Central Park West and Fifth Avenue are brimming with cooperatives that hark back to a bygone era in Manhattan, where prospective owners had to pass notoriously difficult boards, meet rigorous income standards, and abide by stringent “house rules” when it came to renovations and resale. Co-ops generally reject purchasing in anonymous LLCs and make it nearly impossible for foreign buyers to purchase.

The strict nature of co-ops, coupled with a surge in shiny, modern new development condominiums across the city, is leading to a dramatic drop in co-op sales. In fact, Stribling and Associates, a leading residential brokerage firm in NYC, found that co-op sales priced $5 million and up fell nearly 20% in 2016 from the year prior. In the super-luxury category – co-ops priced $20 million and up – sales declined 25% YOY despite the fact that co-ops comprise 70% of Manhattan's owned housing units.

“We are seeing a great shift in what home buyers want. Condos allow for a more immediate buying process, and many of these ground-up new developments and conversions are full-service buildings with elaborate gyms, high-tech amenities, and on-site daycare and spa services. Co-ops are finding it harder and harder to compete,” said Kirk Henckels, vice chairman and director of Stribling Private Brokerage, the luxury division of Stribling and Associates.

Henckels has been tracking co-op and condo data for more than two decades, and says that while the pendulum has swung in favor of the ubiquitous condominium, co-ops still offer incredible value to those willing to navigate NYC’s real estate jungle.

“The fact that co-ops have been falling out of favor, in the last three years especially, means that there are incredible deals for qualified buyers with patience,” added Henckels. “Of course, it helps to have a knowledgeable broker who knows their way around different co-op boards and can help to build a strong board package. That’s half the battle.”

According to Elizabeth Ann Stribling-Kivlan, president of Stribling and Associates: “On average Co-ops are a more affordable option than their newer condo counterparts. The path to buying in a co-op building can be more arduous, but the value might be worth the wait if buyers are willing to make a commitment. Don’t forget, co-ops still account for some of New York’s most prized real estate, and that’s still very meaningful as a long-term investment.”

But what about Stribling’s new data that shows such sharp sales declines in co-op buildings? For example, there were just 24 co-op sales priced at $5 million and higher on the Upper West Side of Manhattan in 2016 compared with 47 in 2014 – that’s more than a 50% landslide in just two years. Does this not show that people are simply refusing to deal with co-ops, the troubling board process, and the lack of amenities at the older buildings, even considering the fancy zip codes?

Who’s Who in Luxury Real Estate Continues to Expand to The Netherlands, Welco...

What Does a $3 Million French Country Estate in Charlotte Look Like? Come Ins...