SAN FRANCISCO, CA - Katharine Holland has been named as one of the real estate industry’s most influential leaders for 2017, as announced by Inman, the industry’s leading source of news and analysis. Holland received the news last week from Morgan Brown, Inman’s Chief Operating Officer. 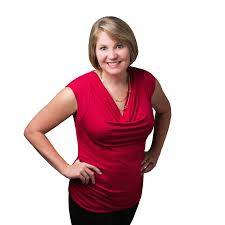 The Real Estate Influencers List salutes a mix of industry professionals who shape, change and influence the industry. Like Holland, they bring a mix of credentials, viewpoints and backgrounds from all walks of the real estate business. Some are creative, intuitive and gifted. Some have power, reach and charisma. And some are controversial, rabble-rousers and disrupters. We congratulate these gifted people who contribute to change in one way or another.

"They are not cut from the same cloth, they do not speak the same language and they do not always necessarily share the same values. But they influence the industry by their work, through their followers and by expressing their opinions," said Inman publisher Brad Inman.

This achievement comes as no surprise considering Holland’s banner year in 2016. She was recognized by Placester, a real estate website and marketing platform, which named her Corgi Realtor video as one of the best (with over 65,000 views), followed quickly by receiving the “Best Realtor Award” from the Bay Area Reporter’s annual Besties Awards. Next, she was awarded the Outstanding Online Video award from the Web Marketing Association, and later nominated for an Inman Innovator Award.

She is an active fundraiser for the LGBT community, and is a member and former Board member of San Francisco FrontRunners. She co-founded an LGBT sailing/racing team, which competed in the Gay Games in Sydney, Australia. She works from Zephyr’s Upper Market office, and may be reached at kholland@1sanfran.com or 415.378.2697.

In selecting this year's Inman Influencers, Inman considered recommendations from readers, editorial staff and outside suggestions. Thousands of real estate professionals make a difference in the real estate industry every day, but Holland and others on this year’s list stood out.