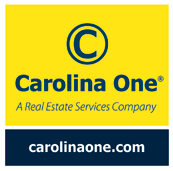 CHARLESTON, SC - A Charleston area realty and local grocer will take part in an annual effort to feed upwards of 21,000 people in the Lowcountry.

Charleston Basket Brigade, described as a local nonprofit “on a mission to serve local families in need at Thanksgiving,” will team with Carolina One Real Estate for the ninth yearly fund raiser. The brigade aims to raise $105,000 to provide holiday dinner to 3,500 local families. Piggly Wiggly, which has been involved since 2009, will be the group’s official food partner this year. Communities In Schools and Momentum Marketing also will join as partners in the effort.

The food drive will take place at 7 a.m. Nov. 22 at the Charleston Area Convention Center. Charleston Basket Brigade calls itself a grass roots effort with 100 percent of donations used to buy food.

The brigade will purchase all the groceries from Piggly Wiggly, which committed an $11,000 food discount and will coordinate food deliveries to the convention center for assembling meals.

“We are thrilled to be the food partner for the Charleston Basket Brigade,” says Lynn Willard, president of Lowcountry Grocers LLC. “This is an opportunity for our Piggly Wiggly family to help out other families in need. We work and live in this community, and we see the people that need help every day,” he says.

Charleston Basket Brigade dates to 2008, when “close friends” Pam Hartley and Michelle Scarafile started the drive. “After our first year, we teamed up with Piggly Wiggly,” says Hartley, brigade co-founder. “Piggly Wiggly was the most generous partner to work with and supported our efforts in many ways. We worked closely with the Pig for several years until the company sold most of its stores throughout Charleston,” she says.

According to brigade estimates, it takes $30 to feed a family of six.

Each family gets a box of food to cook a full Thanksgiving meal including one 10- to 12-pound turkey, cranberry sauce, stuffing, mashed potatoes, corn, green beans, sweet potatoes with marshmallows, fresh rolls and pumpkin pie, the group says.

Inside the box, there’s an anonymous letter: “This comes to you from someone who cares about you. All we ask is that you take care of yourself well enough to be able to do this for someone else one day.”

Charleston Basket Brigade happens every year thanks to “hundreds of Charleston area residents, businesses, schools, churches, organizations” raising money and pitching in, the nonprofit says. After a year of fund raising, volunteers gather at the Convention Center to assemble the meals and hand-deliver them to the receiving families, it says.

Tax deductible donations can be made at www.CharlestonBasketBrigade.org. For a list of volunteer and fund-raising chances, go to www.charlestonbasketbrigade.com.