NEW YORK CITY, NY - A sprawling 14th-floor apartment at 10 Madison Square West, the Witkoff Group’s condominium conversion of a century-old showroom building at the International Toy Center, sold for $14,255,500 and was the most expensive closed sale of the week, according to city records. 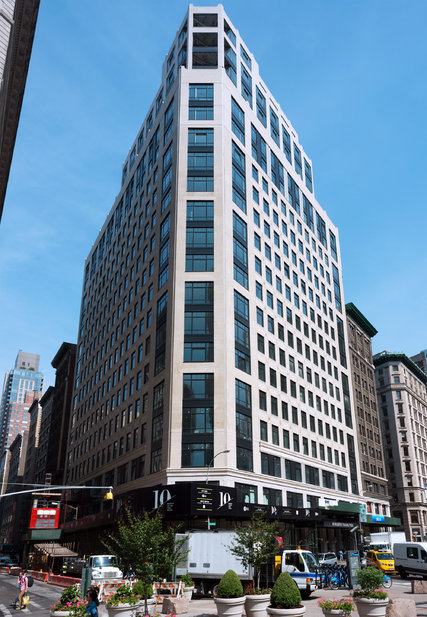 There are four bedrooms and four and a half baths. The large master suite, with east-facing exposures that look out at the park, contains three walk-in closets and a spalike bath with a double vanity and a soaking tub.

The apartment, with wide-plank oak floors and ceiling heights of nearly 11 feet, is entered through a foyer that leads to a sizable gallery that separates the master suite from the other en-suite bedrooms. There is also a utility closet with a side-by-side washer and dryer.

A second gallery leads to a massive 23-by-32-foot corner great room that connects to the chef’s kitchen, which has Bianco Carrara marble and SieMatic cabinets.

The Witkoff Group, which developed the 125-unit luxury condominium with a subsidiary of the Vector Group, had acquired the former toy showroom, a.k.a. Toy Building North, at auction in 2011 for about $190 million. The building was reimagined with the help of Goldstein, Hill & West Architects, which added six stories to the top and created a space for a private courtyard. Interiors are by Alan Wanzenberg and landscaping by Mathews Nielsen.

The building offers numerous amenities, among them, a 10,000-square-foot residents’ club, a 60-foot heated lap pool, a fitness center with yoga and Pilates studios and the courtyard garden.