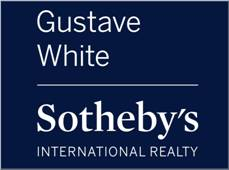 ‘The Francis Morris House’, on Rhode Island Avenue, which sold for just over $1,237,700, is a perfect example of a high-Victorian maisonnette with a large stained-glass window gracing the entry. Designed by George Champlin Mason in 1883, it was impeccably restored with chef’s kitchen and master suite with a fireplace and marble bath. A custom finished paneled billiards room with guest quarters and fireplace offered a third-floor retreat.

Built in the 1850s for the son of Commodore Oliver Hazard Perry, 28- 30 Catherine Street, which sold for $945,000, is a mid-Victorian Second Empire–style with mansard roof and center stairway. Converted to a three-family residence, the house abounded with original details as well as modern updates. It also boasted a third-floor haven with kitchenette. Lovely gardens also graced the property at 53 Washington Street, where a bluestone drive led past specimen trees to an intimate patio area and pergola. Dating from before 1750, when the area was the scene of much of Newport’s shipping, the residence remains one of the city’s intact 18th-century colonials. The residence was meticulously restored with modern updates.

“From antique to Victorian, discerning buyers appreciate period workmanship combined with sensitively integrated modern amenities,” stated listing agent Michelle Drum, with a background in historic preservation. “The fusion of old and new can result in a perfect home and Newport is a treasure trove of properties offering such unique opportunity.”