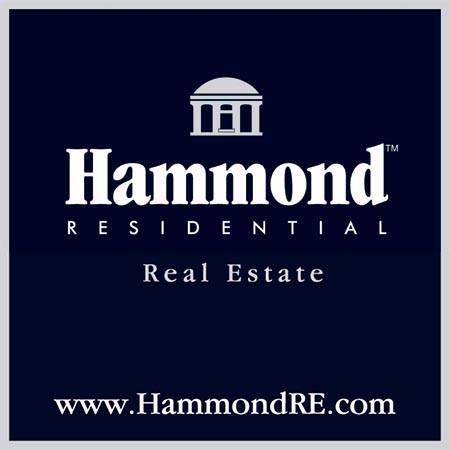 CHESTNUT HILL, MA – Saul B. Cohen, President and Co-founder of Hammond Residential Real Estate, with eighteen office locations in and around Greater Boston, recently announced that Hammond agents participated in some of the area’s top single-family and condominium transactions in 2015. Melinda Mitchell Shumway represented the seller client in connection with the $3,900,000 sale of 1235-5 Monument Street in Concord, an exquisite 10,551 square foot French Country-style residence situated on over six acres. The property was designed for entertaining by Kistler-Knapp in 1998 and features an expansive living room, family room, and master wing. Private landscaped grounds surround the property, which is completed by three garage and ten off-street parking spaces.

In Lexington, Andrea Murphy Jackson represented the seller client in the $3,450,000 sale of 1 Adams Street, a spectacular 9,480 square foot Dutch Colonial-style residence, circa 1910, that was recently renovated by Jon Wardwell. The property blends the best of period detail with modern convenience and is comprised of fifteen total rooms including five bedrooms, six full bathrooms, and one half-bathroom. An attached and heated three car garage accommodates electric vehicle charging.

The $3,300,000 sale of 580 Concord Avenue in Belmont was brokered on the listing side by Holly Shooshanian Ritchie. Situated on over four acres with 3,850 square feet of living space, the residence features a spectacular interior layout with seasonal city views and numerous exterior amenities including a large greenhouse, a perennial garden with flowering trees and shrubs, and a three-car garage.

Constructed by Speedwagon Partners LLC, 46 Lawson Road is a 6,800 square foot cedar Shingle-style home situated on over one acre of land with pond access. The residence includes fourteen total rooms and features lovely details such as custom inlays and designs, crown moldings, wainscoting, and Quartzite counters.

42 Lawson Road features 5,500 square feet of living space and was developed by Dougroy, LLC and constructed by Ron Roy. The residence is comprised of twelve total rooms and enjoys an open floor plan that emphasizes architectural details such as coffered ceilings, hardwood floors, and French doors. Exterior details include a large deck, patio, and lush, landscaped gardens.

The $1,450,000 sale of 20 North Avenue in Melrose, brokered on the listing side by Souzan Davood, not only represents the highest-priced single-family transaction in 2015, but also the highest-priced transaction in the community to-date. Constructed in 1990, the residence is situated on over three quarters of an acre with 11,959 square feet of living space and twenty-one total rooms. Property details include a two-story foyer, a floor-to-ceiling glass conservatory, French doors, marble and hardwood flooring, and custom-built cabinetry. Exterior amenities include a heated in-ground pool, multiple decks and patios, exquisitely landscaped grounds, and five garage spaces.

Chris Remmes and Peter Maglia represented the buyer and seller clients in connection with the $2,225,000 sale of 8 Symphony Road in Boston’s Fenway neighborhood, which also represents the highest-priced single-family transaction in the area within the past fifteen years. This spectacular residence, circa 1883, features 3,060 square feet of living space and includes a dramatic loft-like two level great room and an eat-in kitchen.

The $1,257,000 sale of 103 Evans Road in Brighton was brokered on the buy side by Shari Lyons and represents the highest-priced single-family transaction in the community for 2015. This lovely 5,534 square foot Colonial-style residence, circa 1920, features period details including an elegant living room with a beamed ceiling, in addition to fireplaces and impressive woodwork.

On the condominium side, Susan Salter was the buyer agent in connection with the $2,300,000 sale of 197 Eighth Street - Unit 407/408 at Flagship Wharf, a desirable luxury condominium building located in Charlestown’s Navy Yard. This spectacular unit features 2,208 square feet of living space and two bedrooms, two full bathrooms, and one half-bathroom. With exposures providing exquisite views of Boston Harbor and the city skyline, the home offers architectural details such as large windows, wood floors, and an exterior balcony. Building amenities include an exercise room, concierge, and garage.

Salter also represented the seller in the second-highest Charlestown condominium transaction of the year with the $2,100,000 sale of Unit PH230 at Flagship Wharf.

Saul Cohen said, “We are pleased to report on these successes and record-breaking sales. Hammond agents are extraordinary real estate professionals who are well-known for their dedication and commitment to providing superior client service. Their participation in the aforementioned significant transactions is a testament to their marketing abilities, negotiating skills, and marketplace knowledge.”