NEW YORK CITY, NY - The grand apartment at the landmark Dakota that Lauren Bacall called home for more than half a century, filling its nine commodious rooms with an eclectic mix of artwork, antiques and countless mementos, many of them from her fabled Hollywood career, sold for $21,000,000 and was the most expensive closed sale of the week, according to city records.

The three-bedroom three-and-a-half-bath co-op unit, No. 43, at 1 West 72nd Street, on Central Park West, had been on the market since November 2014, three months after Ms. Bacall’s death at the age of 89. It was initially listed for $26 million, then reduced last spring to $23.5 million; monthly maintenance is around $13,595.

Ronald N. Beck, a managing director of the hedge fund Oaktree Capital Management, and his wife, Cynthia Lewis Beck, were the buyers. They worked directly with the listing broker, Rebecca I. Edwardson of Warburg Realty, which represented Ms. Bacall’s estate.

“Everybody who came to see the apartment was fascinated with all the prewar details,” Ms. Edwardson said, “the 13-foot ceilings and the windows that are the size of new-development windows, which is rare in a prewar building. This apartment has a lot of common space rather than a huge room count.” 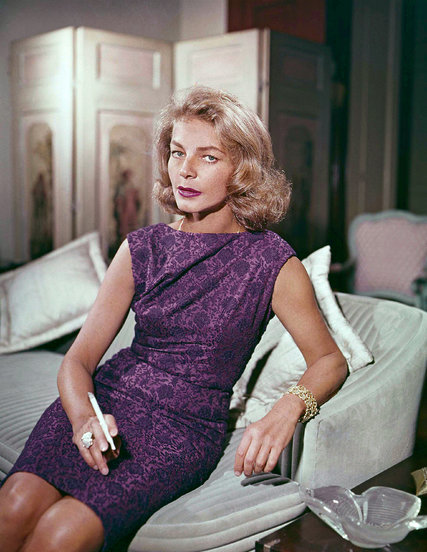 Ms. Bacall at the Dakota in 1965. Credit: Associated Press   And the apartment exudes classic Old World charm. The 4,000-square-foot residence is entered through a private mahogany-trimmed vestibule that yields to an 18-foot foyer, with one of five wood-burning fireplaces, and a 70-foot-long gallery that connects to the great room, a stately dining room and library. Many of the original 19th-century architectural flourishes remain, including the pocket doors in the library, plaster molding, hardwood floors and wood trim throughout.

The 19-by-22-foot master suite includes two walk-in closets, and each of the other two bedrooms has an en-suite bath.

The views from this fourth-floor apartment are also exceptional, Ms. Edwardson said, especially from the library, which leads to a Juliet balcony that looks out over the treetops of Central Park. The unit has about 100 feet of Central Park frontage, giving about half the unit’s space impressive park views.

Ms. Bacall, whose acting career spanned six decades and included an honorary Academy Award and two Tonys, moved into her apartment at the Dakota, an 1884 German Renaissance-style building with a long list of celebrity residents, with her second husband, Jason Robards, in 1961. The price was reportedly well under $100,000.

She raised her three children in the apartment — her sons, Stephen Bogart and Sam Robards, and daughter, Leslie Bogart, all of whom were executors of the estate. Ms. Bacall also entertained a host of famous visitors there, including Anjelica Huston, Barbra Streisand and Ted Kennedy, and mingled with boldface neighbors like Connie Chung and Yoko Ono.

Except for a few select pieces of art and some couches, nearly all of the apartment’s contents had been removed during its listing and were sold at the auction house Bonhams, according to Ms. Edwardson. Among Ms. Bacall’s belongings were a bronze figure of her first husband, Humphrey Bogart, as his famous movie character Sam Spade, which sold for $16,250, and three framed Bogart photos, for $1,875.