SEATTLE, WA – Who’s Who in Luxury Real Estate is delighted to announce that the winning photo for this year’s contest was provided by Sierra Sotheby’s International Realty & Chris Talbot Photography. This idyllic photo will be the cover image on the card that is sent to the entire Who's Who in Luxury Real Estate network, media contacts, partners and other key real estate industry leaders.

The magnificent photo was taken at dusk on the pier at Gar Woods, an iconic lakefront restaurant on the shores of Carnelian Bay on the North Shore of Lake Tahoe. The restaurant takes its name from Gar Wood, a type of wooden boat popular on Lake Tahoe. 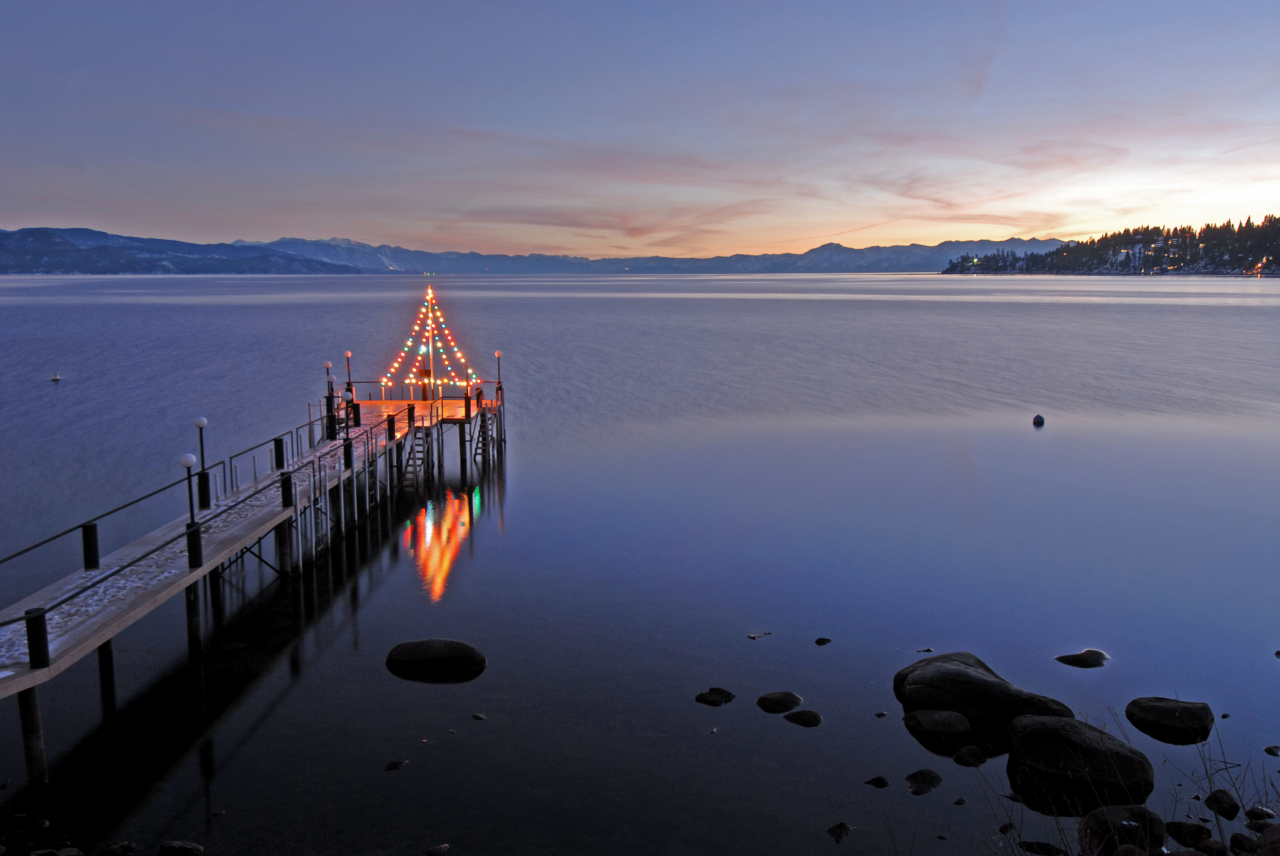 In its fifth year, the Holiday Card Contest has given members of the network an opportunity to submit a photograph of high-end homes or lifestyle images from their community. Last year, Diane Turton, Realtors provided the winning photo taken at Point Pleasant Beach, New Jersey.

This year’s contest received the most photo submissions of any so far, and the participating companies included:

LuxuryRealEstate.com, a Webby Award Honoree, has been voted ‘Best of the Web’ by Forbes magazine multiple times, praised by the International Herald Tribune, Town & Country, The Wall Street Journal and has been ranked ‘Best Website’ by consumer surveys. Since its debut in1995, LuxuryRealEstate.com has remained the #1 portal for luxury properties on the internet and has several times more $1,000,000+ content of any near-peer.

Known in the industry since 1986 as the Who’s Who in Luxury Real Estate network, a global collection of the finest luxury real estate brokers in the world, this group of more than 70,000 professionals in more than 60 countries collectively sells in excess of $190 billion of real estate annually. Members are selected by Chairman/Publisher John Brian Losh, one of REALTOR Magazine's 25 Most Influential People in Real Estate and broker of fine properties and estates through his Seattle-based brokerage firm, Ewing & Clark, Inc. Luxury Real Estate has been recognized by the Webby Awards, has received “Best of the Web” by Forbes Magazine, honored with an ADDY Award for Excellence in Web Design, deemed “Best Website” by consumer surveys, ranked in the Inc. 5000 List, noted as one of the 100 Fastest Growing Private Companies by Puget Sound Business Journal, and recognized by the Maggie Awards.