SEATTLE, WA USA – Who’s Who in Luxury Real Estate is thrilled to announce the winners of the 19th Annual Luxury Real Estate Fall Conference Social Media Contest. Attendees who shared news of the event on Facebook or Twitter with the hashtag #LREBOS were eligible to win the grand prize of a Large Featured Property of the Week or the runner-up prize of a Standard Featured Property of the Week on the homepage of LuxuryRealEstate.com. Congratulations to the social media contest winners and thank you to everyone who posted and shared news of the event! 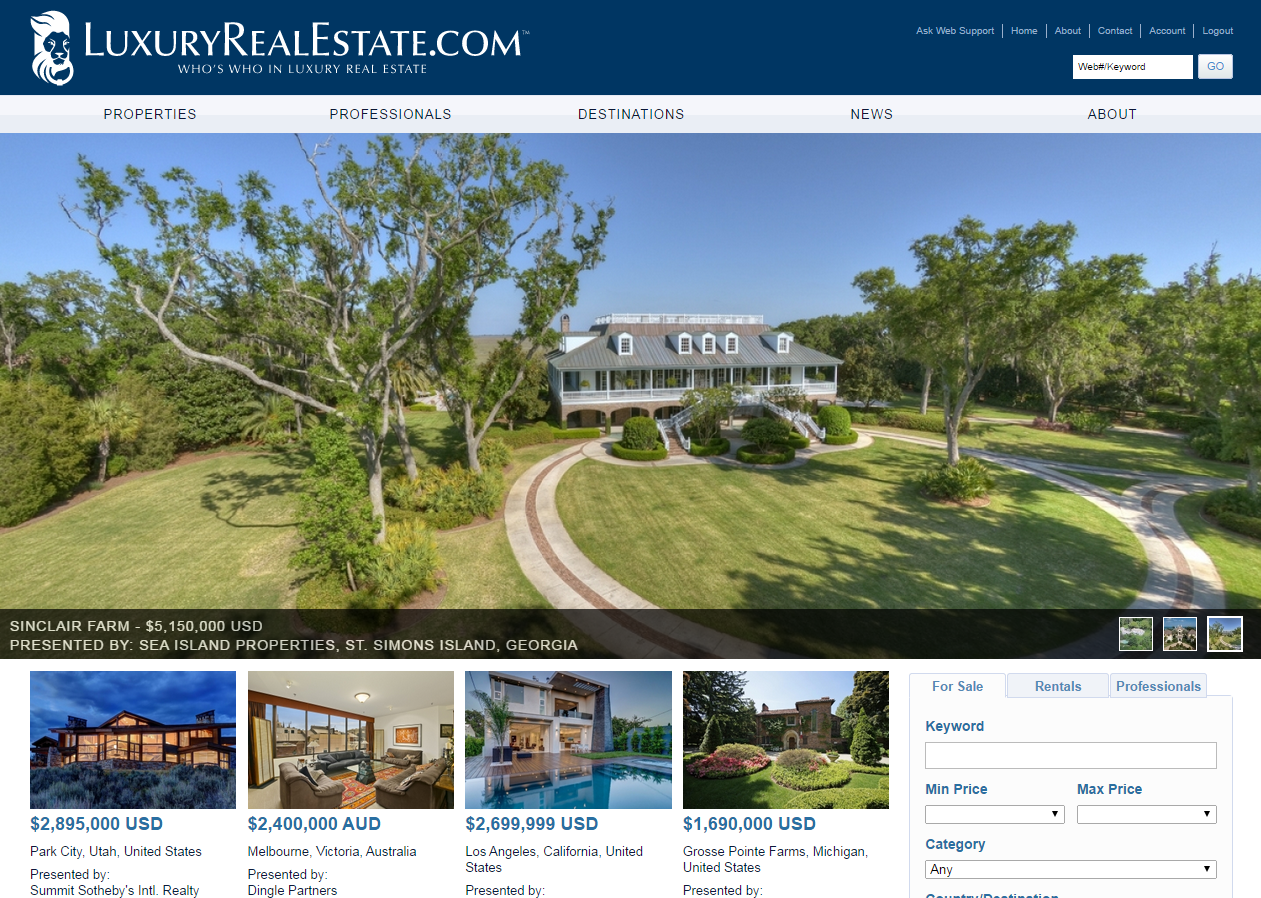 Known in the industry since 1986 as the Who’s Who in Luxury Real Estate network, a global collection of the finest luxury real estate brokers in the world, this group of more than 130,000 professionals in more than 60 countries collectively sells in excess of $128 billion of real estate annually. Members are selected by Chairman/Publisher John Brian Losh, one of REALTOR Magazine's 25 Most Influential People in Real Estate and broker of fine properties and estates through his Seattle-based brokerage firm, Ewing & Clark, Inc. Luxury Real Estate has been recognized by the Webby Awards, has received “Best of the Web” by Forbes Magazine, honored with an ADDY Award for Excellence in Web Design, deemed “Best Website” by consumer surveys, ranked in the Inc. 5000 List, noted as one of the 100 Fastest Growing Private Companies by Puget Sound Business Journal, and recognized by the Maggie Awards.