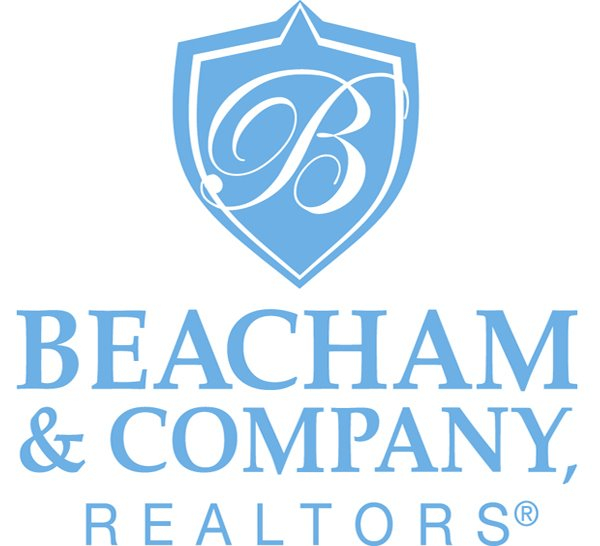 The modest September decline in Atlanta home sales from a year ago follows a more dramatic drop in sales for August. Year-to-date, the number sales for the five-county metro area is up by just 64 sales from the previous year. If sales end the year below 2013 levels, it will be the third consecutive year since 2011 that home sales have declined from the previous year. The number of annual Atlanta home sales is still 28% below the peak in 2006.

Beacham has managed to buck the city’s overall trend by catering to the higher end of the market, said Dac Carver, Vice President and Managing Broker for Beacham & Company. Beacham’s average sales price is the highest in the city at $700,390. 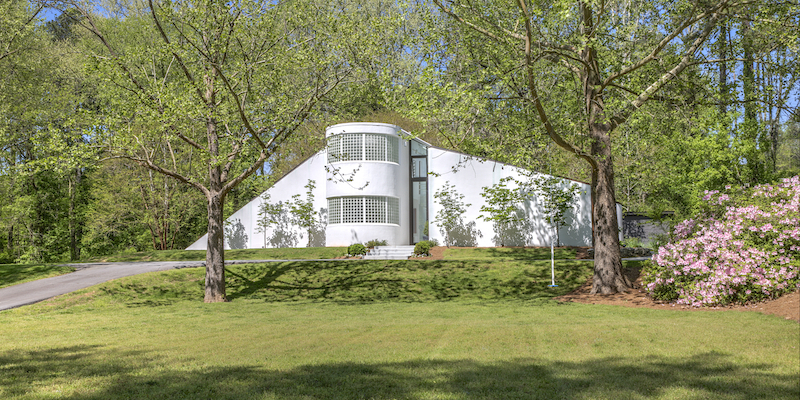 The sale of 4934 Peachtree Dunwoody Road in September was part of the best September in the eight-year history of Beacham & Company.

“We handle home sales in all price ranges, but our specialty is luxury,” Carver said. “Our office is the top performing office in the city for homes sold for more than $1 million, and that part of the market has outperformed the rest of the market this year.” 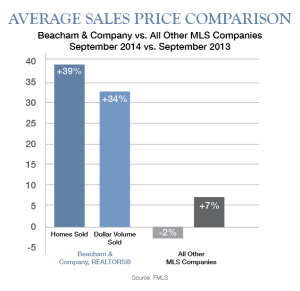 Sales of homes priced $1 million or more are up 16% year-to-date compared to 2013. Areas that are posting strong sales in the $1 million-plus category are traditional leaders such as Buckhead (+15%), Brookhaven (+64%), and Morningside (+56%). However, sales in areas where the share of $1 million homes is historically much smaller are among the hottest right now. Areas such as East Cobb (+59%), Dunwoody (266%), and south Forsyth (+375%) led all others in percentage increase in $1 million sales.

A number of factors have contributed to the overall number of home sales falling for the third consecutive year, Carver said.

“First, there aren’t nearly as many investor transactions as there were three years ago. Also, wages and jobs have not come back fast enough to support robust new household creation. Many young would-be home buyers simply can’t afford to buy or if they can, a lack of sufficient inventory is still a problem. Credit for less than perfect buyers is still hard to obtain. And there are demographic forces at work too – Baby Boomers have more houses to sell than relatively smaller Generation X can buy, while Baby Boomers are competing with Millennials to buy condos and other properties that are lifestyle driven. Until at least some of these issues are resolved, the housing market is going to be stuck in neutral.”

Carver said he and others in the industry remain positive that the housing market is poised for a breakout although not everybody agrees when the breakout will occur. He quoted a Sept. 2 macroeconomic report by Moody’s Analytics chief economist Mark Zandi that stated “housing has underperformed, but strong demographic tailwinds should increase the pace of (new home) construction and sales soon.”

“Everybody in the real estate industry feels that there is pent-up demand out there, but no one knows for sure when or at what rate it will be released.”

Beacham & Company, REALTORS® is an independent, locally-owned, full service residential real estate brokerage firm that specializes in Atlanta luxury real estate. The firm is located in the heart of Buckhead at One Buckhead Plaza next to the St. Regis Hotel and across the street from Buckhead Atlanta shopping district. With more than 90 licensed sales associates, Beacham is the top selling office in Atlanta by dollar volume of listings sold and its agents are the most productive by dollar volume of real estate sold.