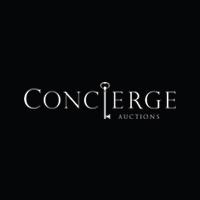 “At Concierge Auctions, we’re setting a new standard for the purchase and sale of the world’s most remarkable properties,” said Laura Brady, Founder and President of the company. “Being named to the Inc. 5000 list is a huge honor and a testament to the hard work of our team. And looking forward, we’re already well on our way to another banner year in 2014.”

The Inc. 500|5000 has served as a prestigious list of the nation's most successful private companies and has become the hallmark of entrepreneurial success — the place where future household names first make their mark. Pandora, Facebook, and Zappos have all previously been included on the list.

“When I first met the Concierge team, I knew off the bat that they had a winning model,” said Barbara Corcoran, Strategic Advisor. “I bet on the right horse, that’s for sure. Now, I’m excited to see more real estate agents recognize Concierge’s impact and partner with them to benefit their high-end clients.”

The Inc. 500|5000 lists independent, privately-owned American companies by overall revenue growth over a three-year period. To assess this, Inc. asks companies to share their 2010 and 2013 revenues to demonstrate a three-year growth period, using 2010 as a base year for growth.

Concierge Auctions met all criteria set out by Inc. to earn placement on the list. The firm increased annual revenue by 78% between 2010 and 2013, from $6.2 million to $11.1 million, respectively.

New York-based Concierge Auctions is the dominant player in the luxury real estate auctions sector, selling high-end properties worldwide through a transparent and market-based bidding process. Since its founding in 2008, Concierge has successfully closed over a half-billion dollars in luxury properties, with $194 million contracted in 2013 alone — at an average price of $5.4 million. The business has spanned the globe, domestically from New York to Hawaii, and abroad from Fiji to Toronto. Concierge was recently named one of America’s fastest-growing companies by Inc. Magazine.