SEATTLE, WA USA – The summer 2014 edition of Luxury Real Estate Magazine debuts a fresh new look with a crisp, bright white background that instantly grabs reader’s attention and focuses them straight to the magazine’s high-quality images and content. The different features and profiles throughout the magazine flow seamlessly with the new design and add to its cohesive layout. 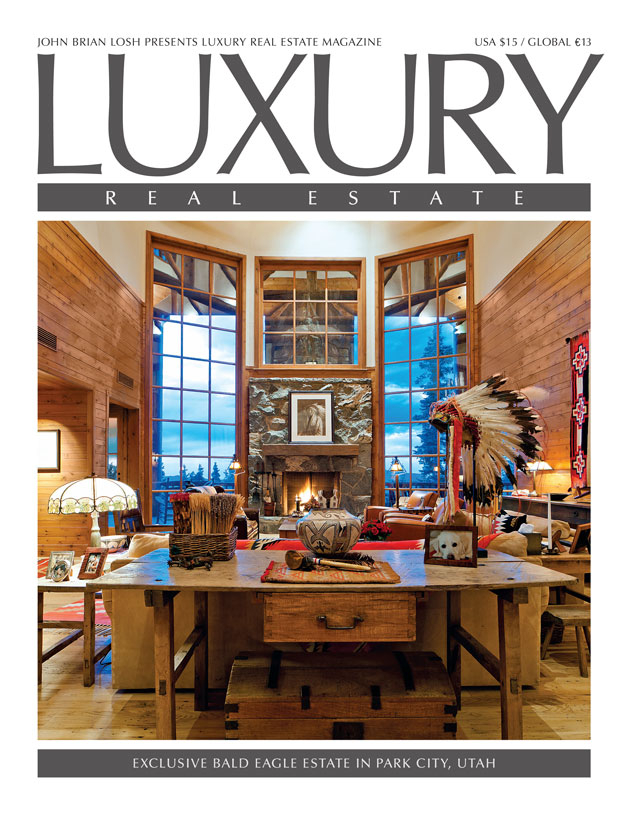 John Brian Losh, Chairman/Publisher of Luxury Real Estate, highlights the 10 year anniversary of the Luxury Real Estate Board of Regents in the summer issue and shares the exciting news of the launch of the brand new Regents.com. The exclusive Bald Eagle Estate in Park City, Utah listed by one of the newest Board of Regents members, Summit Sotheby's International Realty, graces the front cover of the magazine with a spectacular interior photo that showcases the décor designed by Naomi Leff, designer to some of Hollywood’s biggest stars.

Known in the industry since 1986 as the Who’s Who in Luxury Real Estate network, a global collection of the finest luxury real estate brokers in the world, this group of more than 130,000 professionals in more than 85 countries collectively sells in excess of $190 billion of real estate annually. Members are selected by Chairman/Publisher John Brian Losh, one of REA LTOR Magazine's 25 Most Influential People in Real Estate and broker of fine properties and estates through his Seattle-based brokerage firm, Ewing & Clark, Inc. Luxury Real Estate has been recognized by the Webby Awards, has received “Best of the Web” by Forbes Magazine, honored with an ADDY Award for Excellence in Web Design, deemed “Best Website” by consumer surveys, ranked in the Inc. 5000 List, noted as one of the 100 Fastest Growing Private Companies by Puget Sound Business Journal, and recognized by the Maggie Awards.