The Emeritus Award is given to a person who has held membership in the National Association as a REALTOR for a cumulative period of 40 years. 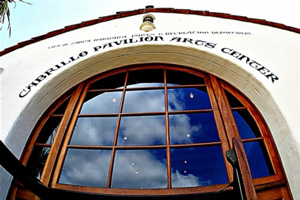 According to Staci, “My mother has been a role-model REALTOR for over forty years. Thirty years ago she was President of our local Santa Barbara Association. She was the first female Treasurer for the California Association of REALTORS (CAR). When Diana served as President of CAR in 1999, she appointed numerous women to leadership positions and that culture is maintained today. She was then named “California REALTOR of the Year.”

In 2010, Diana Bull was inducted into the NAR Hall of Fame. She is the first REALTOR from Santa Barbara to be inducted in the Hall of Fame. In 2008, the Pacific Coast Business Times named Diana to be among the “Top Fifty Women in Business.” In 2007, the Santa Barbara Hispanic Chamber of Commerce presented Diana Bull with the “Business Leader/Mentor of the Year” award. 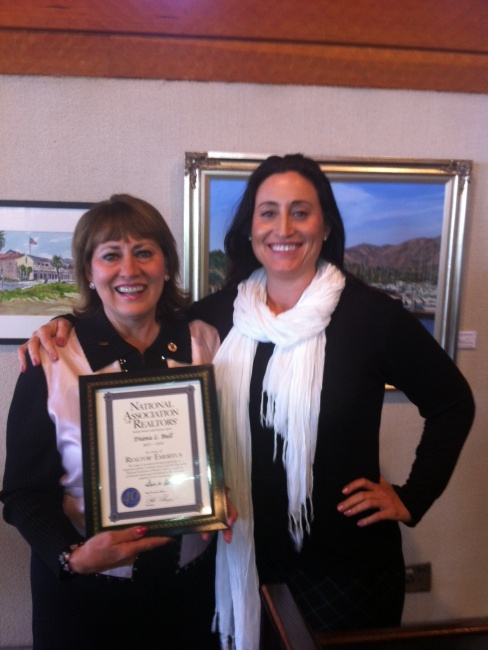 Presently Diana Bull is the Chairman of NAR’s Risk Management Committee. Locally, she is President of the Santa Barbara Chapter of the National Association of Women Business Owners (NAWBO), and is a Broker-Associate with Sterling Properties.

According to Staci Caplan, “My mother is acknowledged in ‘Who’s Who of American Women’, won the ‘Santa Barbara Boss of the Year Award,’ and is a life-time member of the California Scholarship Foundation. Her personal and professional mantra is ‘to always give 110%.” My mother has lived that mantra in all she does and, certainly, in her service to the real estate industry as a champion for professionalism and as a cheerleader for home ownership.”

Diana Bull can be reached at Diana@dianabull.com.