Vero Beach, FL (January 26, 2012): An exciting roster of international polo players has signed on to play in the first biannual Charity Polo Cup at Windsor on Saturday, February 18, 2012. The sold-out event to benefit national and local charities is co-chaired by Windsor, Florida’s co-founder The Hon. Hilary M. Weston and Vero Beach’s John Walsh, host of America’s Most Wanted. 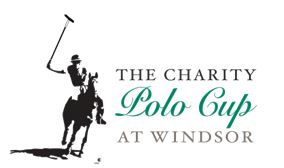 A national celebrity for his syndicated television show, Mr. Walsh is also an avid polo player who competes seasonally in Florida and New York, often alongside his 17-year-old son Hayden, one of America’s brightest young players. Salvatore Ferragamo is the grandson of the esteemed Italian footwear designer and leader of his family’s expanding wine business. Mr. Ferragamo has played polo against the likes of Prince Charles and Prince Harry in the Outback Polo match in Tidworth and his close friend John Walsh and actor Tommy Lee Jones.

Walsh says he is eagerly anticipating the event both for the thrill of the sport and because it benefits local charities. “It will be a wonderful family day and an opportunity to see world-class polo inside of Windsor,” says Walsh. “People will have an opportunity to learn more about these special charities.”

Mr. Walsh and Mr. Ferragamo will now be joined by top-level international polo stars including: Christian “Magoo” Laprida Jr., son of famed polo player Christian Laprida who won the Camara de Diputados and then made his debut in the Argentine Open for Pilara in November 2011; Lucas Monteverde, one of the world's finest defensive players, a British Open winner and four-time Argentine Open winner; U.S. Polo champion Tommy Biddle winner of the 2002 U.S. Open and four-time winner of the Monty Westbury trophy; Julian Daniels, one of England’s most consistent high-goal performers over the last 10 years who currently plays for Greg Goodman’s Mount Brilliant team; Australian Nick Manifold, an eight-time winner of the U.S. Open and the U.S. Gold Cup who also manages Peter Brant’s White Birch; and Englishman Max Secunda, a British Open finalist and current manager and player for John Walsh’s Shamrock Polo Team. Secunda is also serving as match designer for the event. 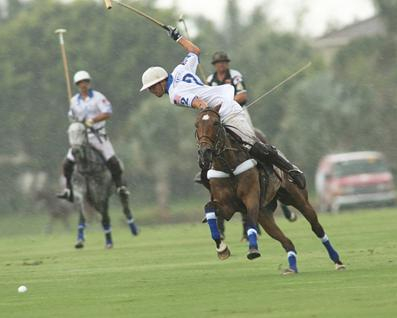 For years Windsor has enjoyed an enviable reputation as a community that demonstrates clear and committed support for the many not-for-profits that make Vero Beach so special. Proceeds from this charity event will directly benefit three such worthy causes including The National Center for Missing & Exploited Children, the Humane Society of Vero Beach & Indian River County and Saint Edward’s School Financial Aid Fund. The co-chairs of the first Windsor Charity Polo Cup are Kelly Holm and Mary Mullan.

Windsor Charity Polo Cup attendees will also have the option of enjoying an elegant tented field-side champagne luncheon, or enjoying a picnic in the festive field side tailgating area. In addition, on Friday, February 17, the pool area at The Costa d’Este Beach Resort will be transformed into the “Polo Lounge” for a happy hour celebration. The Costa d’Este Beach Resort – Gloria Estefan’s hotel in Vero Beach is also the site of a VIP after-party Saturday evening sponsored by Akvinta vodka.

NATIONAL CENTER FOR MISSING & EXPLOITED CHILDREN (NCMEC) Founded by John and Reve Walsh 27-years ago,NCMEC has assisted law enforcement personnel with 174,242 missing child cases, resulting in the recovery of 160,419; trained 286,540 law enforcement and other professionals, handled more than 995,000 reports of child sexual exploitation through our CyberTipline, and handled 2,557,123 telephone calls through its national toll-free Hotline 1-800-THE-LOST® (1-800-843-5678). NCMEC’s Web site, www.missingkids.com, reaches a global audience with a multilingual database of images and information on missing children, prevention tips, and free resources.

HUMANE SOCIETY OF VERO BEACH & INDIAN RIVER COUNTY (HSVB&IRC) Since its founding in 1953, the HSVB&IRC has been the only open admission shelter in the County. It takes in over 6000 animals every year and no animal of any species is ever turned away for any reason…ever! HSVB&IRC is responsible for receiving and treating all the animals that come to its shelter from County Animal Control officers, private citizens that must surrender their animals, animals that come to the shelter as a result of its own cruelty investigations, and those simply abandoned at the shelter after dark.

SAINT EDWARD’ S SCHOOL FINANCIAL AID PROGRAM (SES) Founded in 1965, St. Edward's School is a coeducational, pre-kindergarten through grade twelve, college preparatory school, committed to national excellence. The school's financial aid program is an integral part of its mission and more than 22% of the students receive some form of financial aid. The school's commitment to diversity, and in particular, economic diversity, requires substantial financial aid funds in order to give academically gifted children of limited means a unique scholastic challenge and the opportunity to reach their full potential.

Windsor is a private residential community spanning 416 acres of lush barrier island between the Indian River and the Atlantic Ocean in Vero Beach, Florida. Established in 1989 by Hilary and W. Galen Weston of Toronto, Canada, Windsor was designed by renowned town planners Andrés Duany and Elizabeth Plater-Zyberk following the New Urbanism principles of urban design, one that offers public and community spaces framed by timeless architecture and landscape design that celebrates this tropical and unspoiled setting. Windsor is comprised of 350 homesites in various settings that allow for a variety of home styles including village homes, cottages and country estates remarkable for their signature Anglo-Caribbean architecture and gracious living.

Windsor provides homeowners privacy and seclusion combined with the finest amenities, exemplary services and sporting activities. Members enjoy an 18-hole links-style golf course, Har-Tru tennis courts, an Equestrian Centre with over four miles of riding trails, a fully equipped Fitness Centre, and Gun Club. The Clubhouse, with interiors designed by Yabu Pushelberg and bistro cuisine by Two Star Michelin Chef Eric Chavot is a favorite gathering place much like the Beach Club which features private cabanas, its own restaurant, a pool-side Cabana Bar and 25-metre swimming pool. Windsor is also known for its art gallery featuring a revolving series of world-class exhibitions, and a Town Hall, which serves as a chapel and a venue for weddings, concerts and lectures.